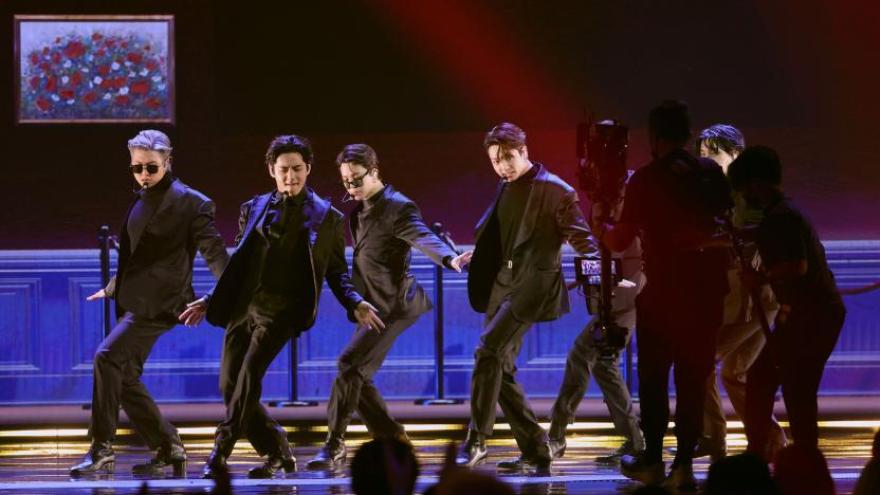 (CNN) -- Korean pop supergroup BTS is set to meet President Joe Biden on Tuesday and appear alongside press secretary Karine Jean-Pierre at the press briefing, the White House said, all part of a visit aimed at discussing Asian inclusion and representation and addressing anti-Asian hate crimes and disinformation.

Their meeting with Biden in the Oval Office will be closed to reporters.

The group's visit comes days after Biden returned from his first trip to Asia as President, which included a three-day stop in Seoul and meetings with newly elected South Korean President Yoon Suk Yeol.

The group has found international success with songs like "Butter" and "Dynamite" and their fans, who call themselves the "Army," span across the globe.

Last year, amid a spate of anti-Asian hate crimes in the US, including shootings at three Atlanta-area spas, BTS spoke out about their own experience with discrimination.

"We recall moments when we faced discrimination as Asians. We have endured expletives without reason and were mocked for the way we look. We were even asked why Asians spoke in English," the band said in a statement retweeted over 1 million times.

They continued, "We cannot put into words the pain of becoming the subject of hatred and violence for such a reason."

The uptick in anti-Asian crime and hostility toward Asian Americans and Pacific Islanders (AAPI) comes amid the Covid-19 pandemic. More than 10,000 hate incidents against AAPI persons were reported to advocacy organization Stop AAPI Hate between March 19, 2020, and December 31, 2021.

Biden, the White House noted in a news release announcing the meeting, "has previously spoken about his commitment to combating the surge of anti-Asian hate crimes." He signed a bipartisan bill aimed at addressing the rise in anti-Asian hate crimes into law in May 2021. It will create a new position at the Justice Department to expedite review of potential Covid-19-related hate crimes and incidents reported at the federal, state or local level.

Biden and BTS, the White House added, "will also discuss the importance of diversity and inclusion and BTS' platform as youth ambassadors who spread a message of hope and positivity across the world."