Kavanaugh: Watergate tapes decision may have been wrong 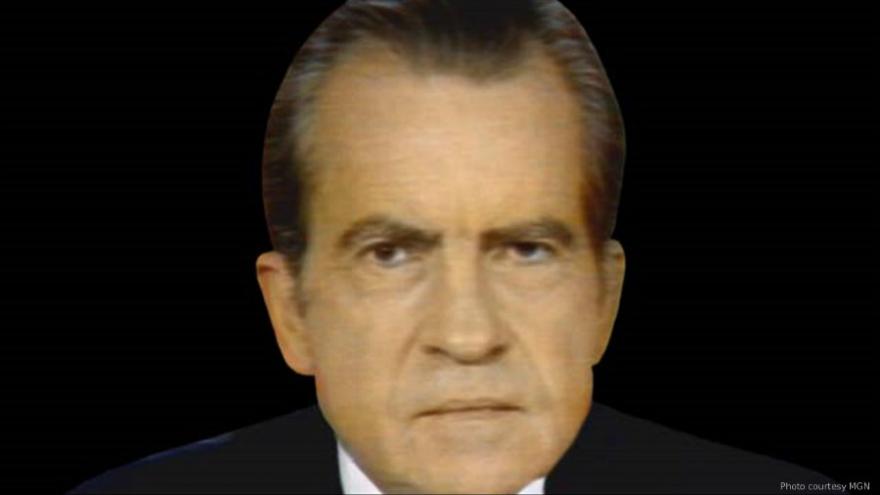 WASHINGTON (AP) — Supreme Court nominee Brett Kavanaugh suggested several years ago that the unanimous high court ruling in 1974 that forced President Richard Nixon to turn over the Watergate tapes, leading to the end of his presidency, may have been wrongly decided.

Kavanaugh was taking part in a roundtable discussion with other lawyers when he said at three different points that the decision in U.S. v. Nixon, which marked limits on a president's ability to withhold information needed for a criminal prosecution, may have come out the wrong way.

A 1999 magazine article about the roundtable was part of thousands of pages of documents that Kavanaugh has provided to the Senate Judiciary Committee as part of the confirmation process. The committee released the documents on Saturday.

Kavanaugh's belief in robust executive authority already is front and center in his nomination by President Donald Trump to replace the retiring Justice Anthony Kennedy. The issue could assume even greater importance if special counsel Robert Mueller seeks to force Trump to testify in the ongoing investigation into Russian interference in the 2016 election.

"But maybe Nixon was wrongly decided — heresy though it is to say so. Nixon took away the power of the president to control information in the executive branch by holding that the courts had power and jurisdiction to order the president to disclose information in response to a subpoena sought by a subordinate executive branch official. That was a huge step with implications to this day that most people do not appreciate sufficiently...Maybe the tension of the time led to an erroneous decision," Kavanaugh said in a transcript of the discussion that was published in the January-February 1999 issue of the Washington Lawyer.

At another point in the discussion, Kavanaugh said the court might have been wise to stay out of the tapes dispute. "Should U.S. v. Nixon be overruled on the ground that the case was a nonjusticiable intrabranch dispute? Maybe so," he said.

Kavanaugh was among six lawyers who took part in the discussion in the aftermath of independent counsel Kenneth Starr's investigation that led to the impeachment of President Bill Clinton. Kavanaugh had been a member of Starr's team.

The discussion was focused on the privacy of discussions between government lawyers and their clients.

Philip Lacovara, who argued the Watergate tapes case against Nixon and moderated the discussion, said Kavanaugh has long believed in a strong presidency. "That was Brett staking out what has been his basic jurisprudential approach since law school," Lacovara said in a telephone interview Saturday.

Still, Lacovara said, "it was surprising even as of 1999 that the unanimous decision in the Nixon tapes case might have been wrongly decided."

Kavanaugh allies pointed to a recent, more favorable assessment of the Nixon case. "Whether it was Marbury, or Youngstown, or Brown, or Nixon, some of the greatest moments in American judicial history have been when judges stood up to the other branches, were not cowed, and enforced the law. That takes backbone, or what some call judicial engagement," Kavanaugh wrote in a 2016 law review article in which he referred to several landmark Supreme Court cases.

The 1999 article was among a pile of material released in response to the committee's questionnaire. Kavanaugh was asked to provide information about his career as an attorney and jurist, his service in the executive branch, education, society memberships and more.

It's an opening look at a long paper trail that lawmakers will consider as they decide whether to confirm him. The high court appointment could shift the court rightward for years to come.

A longtime figure in the Washington establishment, Kavanaugh acknowledged in the questionnaire that he had joined clubs that he said once had discriminatory membership policies.

"Years before I became a member of the Congressional Country Club and the Chevy Chase Club, it is my understanding that those clubs, like most similar clubs around the country, may have excluded members on discriminatory bases that should not have been acceptable to people then and would not be acceptable now," he wrote.

Asked to list the 10 most significant cases for which he sat as a judge, Kavanaugh cited nine in which "the position expressed in my opinion (either for the court or in a separate writing) was later adopted by the Supreme Court."

The 10th regarded a man fired by mortgage giant Fannie Mae after he filed a discrimination complaint that alleged a company executive had created a hostile work environment by calling the worker "the n-word." Kavanaugh said he included it "because of what it says about anti-discrimination law and American history."

Kavanaugh said an appeals court panel on which he sat reversed a lower court's ruling in favor of Fannie Mae. He said he joined the majority opinion in 2013 and wrote a separate concurrence "to explain that calling someone the n-word, even once, creates a hostile work environment."

In the questionnaire, Kavanaugh cited his opinion in that case: "No other word in the English language so powerfully or instantly calls to mind our country's long and brutal struggle to overcome racism and discrimination against African-Americans.'" But it was one of the relatively few discrimination cases in which Kavanaugh sided with a complaining employee.

Offering a timeline leading to his nomination, he said White House counsel Don McGahn called him the day Justice Anthony Kennedy announced his retirement, June 27, and they met the next day. Trump interviewed him July 2, with McGahn present, and Vice President Mike Pence interviewed him July 4. Kavanaugh spoke by phone with the president on July 8 and that evening met at the White House with Trump and his wife, Melania, where he said he was offered and accepted the nomination.

Asked whether anyone sought assurances from him about the stand he might take on a specific case or issue, he answered "No." He also said he had not offered any indication how he might rule as a justice.

Kavanaugh has written some 300 rulings as an appeals court judge and has a record in the George W. Bush White House as well as in Starr's probe of Clinton.

Republican Sen. Chuck Grassley of Iowa, the committee chairman, said the questionnaire was "the broadest and most comprehensive" ever sent by the committee and he welcomed "Judge Kavanaugh's diligent and timely response."

The nominee told lawmakers he registered for the Selective Service in his younger days but did not serve in the armed forces.

Years before he became a judge and compiled a solidly conservative record, Kavanaugh also reflected on how past nominees have sometimes disappointed partisans who wanted a more liberal or conservative justice. Speaking on CNN in 2000, he was responding to a question about whether the next president could "pack the court" with like-minded justices.

Presidents often prefer to avoid bloody confirmation fights, he said in a transcript that was released Saturday. "We've seen that time and again, to pick the consensus pick who turns out to be more moderate and thus less predictable, that's what's happened," Kavanaugh said.