Keep these recalled foods off your Super Bowl spread 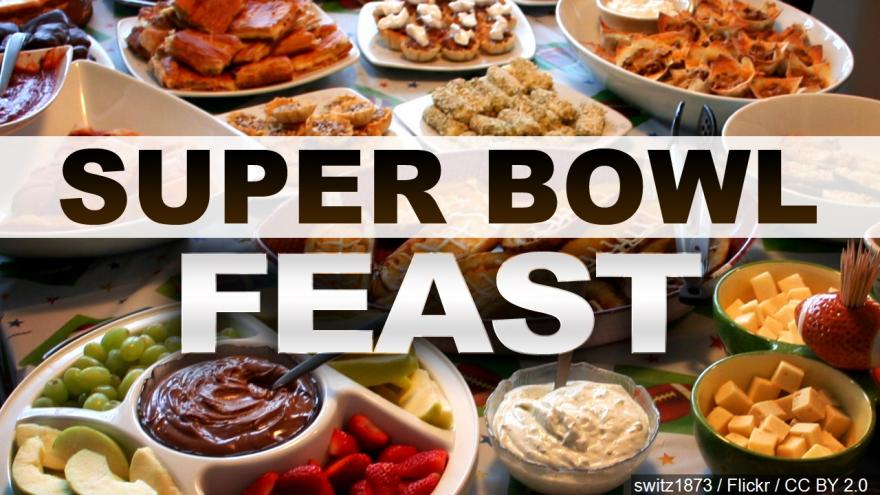 (CNN) -- The Super Bowl is a national holiday even for those who don't watch football. One big reason for that? The food.

But the weeks leading up to the big game have brought on many recalls by the Food and Drug Administration. Here are the products to keep off your plate:

Tyson Foods recalled 36,420 pounds of chicken nuggets. Not because the chicken is rubbery, but because rubber may actually be in them.

Federal officials are urging consumers to check the back of the freezer and dump any "Tyson White Meat Panko Chicken Nuggets," produced on November 26, 2018 and have a case code "3308SDL03" on the label.

There haven't been any confirmed reports of illness or adverse reactions from eating the chicken nuggets. But federal health officials warn that the products may be in consumers' freezers, and they should not eat them.

The ready-to-eat chicken nuggets were produced on Oct. 25, 2018, according to the US Department of Agriculture's Food Safety and Inspection Service.

"The problem was discovered when the firm received three consumer complaints that wood was found in the product," the Food Safety and Inspection Service said in a statement.

There have been no confirmed reports of illness due to consumption of the products, and anyone concerned about its effects should see a doctor, it said.

Perdue described it as an isolated incident, saying only a "minimal amount" of packages may contain pieces of wood. It said it's recalling nuggets produced during the same product run out of an abundance of caution.

General Mills is recalling some five-pound bags of its Gold Medal unbleached flour over fears of salmonella contamination.

The recall is for Gold Medal unbleached flour with a better-if-used-by date of April 20, 2020. The company said those who have the affected product should dispose it.

"Food safety is our top priority, and though we have not had any confirmed illnesses, we are voluntarily recalling this specific lot of Gold Medal unbleached flour to prevent potential illnesses," said Jim Murphy, president of General Mills Meals and Baking Division.

A report by the FDA said the recall affects eight states and has been issued for fear of a salmonella contamination.

The affected products, including salads, pizza, sandwiches and wraps, were sold at stores in Connecticut, Florida, Maine, Massachusetts, New Hampshire, New Jersey, New York, and Rhode Island. No illnesses have been reported at this time.

The fruit is potentially contaminated by Listeria monocytogenes, an organism that can cause serious and sometimes fatal infections in young children, frail or elderly people, and others with weakened immune systems.