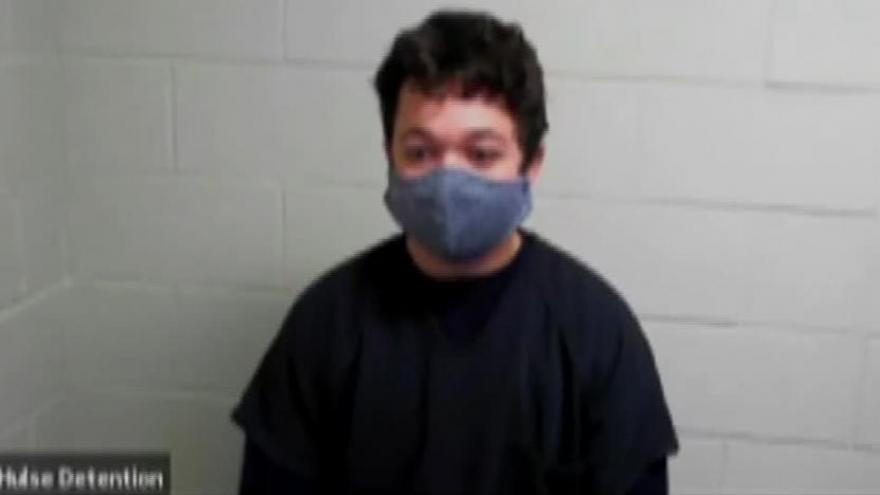 Kyle Rittenhouse during a virtual court hearing from a Lake County, Illinois facility on October 9.

(CNN) -- Kyle Rittenhouse, an Illinois teenager accused of fatally shooting two men and wounding a third during protests, was extradited to Wisconsin after a judge's ruling on Friday.

Judge Paul Novak of Lake County, Illinois, said in the ruling allowing his extradition that matters filed by Rittenhouse's attorneys such as the safety of their client can be brought up in hearings in Wisconsin.

Rittenhouse, 17, is facing charges that he allegedly killed Anthony M. Huber and Joseph Rosenbaum and wounded Gaige Grosskreutz during a protest over the police shooting of Jacob Blake in Kenosha, Wisconsin, on August 25.

If convicted on the intentional homicide charge, he could be sentenced to life in prison.

Rittenhouse's attorneys did not respond to CNN's request for comment on Friday afternoon.

One of his attorneys, John Pierce, tweeted they would appeal the ruling.

"While we have great respect for Judge Novak, we obviously and strongly disagree with today's decision. Kyle has an absolute statutory right to appeal the denial of his habeas corpus petition pursuant to 725 ILCS 225/10," Pierce wrote. "We will never surrender. Kyle will be set free and cleared of all charges."

Rittenhouse's attorneys have maintained that Rittenhouse was acting in self-defense when he opened fire.

Rittenhouse was arrested in his home state of Illinois, and has been held without bond in a juvenile detention center in Vernon Hills since late August.

Earlier this month, Rittenhouse's attorneys filed a petition for habeas corpus, arguing that "to extradite Rittenhouse would be to turn him over to the mob." A writ of habeas corpus is used to bring a prisoner or detainee before the court to determine whether the person's imprisonment or detention is lawful.

People have threatened the teen's life and "encouraged fellow inmates to kill Rittenhouse and have offered bounties," Pierce and attorney Michael Baker wrote in the petition.

During the hearing, Pierce called the case "a very unique, extraordinary situation" and said that there is a "massive amount of video evidence that shows that there's beyond a shadow of a doubt, that this is not a legitimate criminal prosecution."

Mike Nerheim, the Lake County state's attorney, told reporters at the time that his office's position is that Rittenhouse should be tried in Kenosha and that he doesn't think there would be any elevated danger if he's extradited.

"I don't know that he's in any more or less danger here than he would be there," Nerheim said, adding that there have been threats made while Rittenhouse has been in custody.