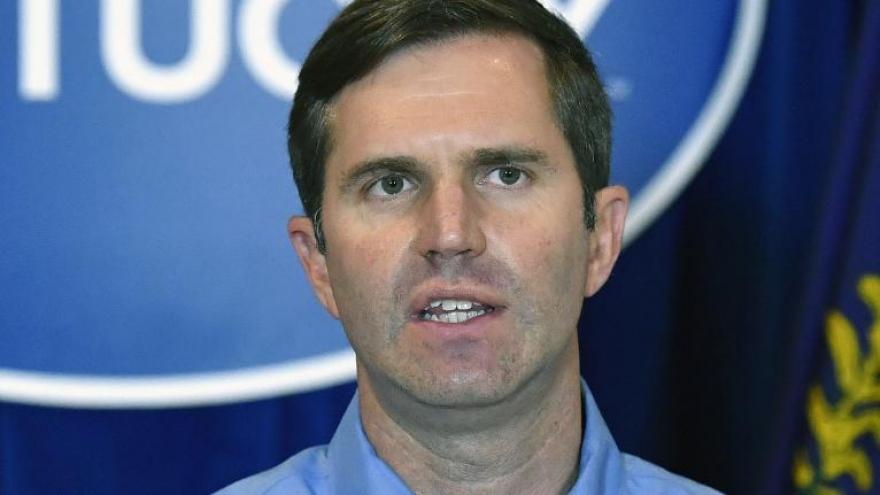 Kentucky Gov. Andy Beshear said he will quarantine after a member of his security detail tested positive for Covid-19.

(CNN) -- The governor of Kentucky and his family are quarantining after being in close quarters with someone who later tested positive for Covid-19.

Gov. Andy Beshear, a Democrat, announced in a video on Twitter Sunday that a member of his security detail who drove him and his family home late Saturday afternoon tested positive for Covid-19 that night.

The governor said he received a call from contact tracers about his potential exposure.

"We're doing what those tracers ask us and others to do," he said, appearing alongside his son, who was wearing a mask. "We're going to be quarantining until the department for public health says that we've completed what we need to."

Beshear said he and his family, as well as the state police trooper who drove them, were all wearing facial coverings, according to a news release from his office. But because they were within six feet of someone who tested positive for more than 15 minutes, they will be quarantining, per federal and state health recommendations.

Beshear said he and his family were not in contact with anyone after that drive, and that no one in his family has tested positive for the virus so far. He added that they were feeling well and aren't displaying symptoms.

"But we want to make sure that we're setting the example, and that we're also keeping other people around us safe," he said. "That we're walking the walk, not just talking the talk."

Beshear, who has urged Kentuckians to follow the guidance of health experts, said he would continue to hold his daily news conferences from an empty part of the governor's mansion.

Kentucky reported 7,675 Covid-19 cases this past week, setting another record for the highest weekly total of new cases. That's 1,549 more cases than the week before, though the numbers include a backlog of cases from Fayette County reported on October 7, the governor's office said.