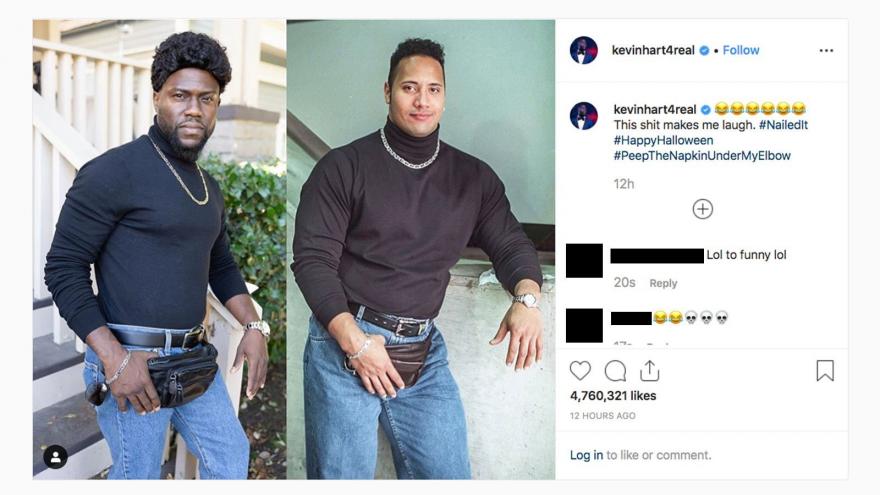 The actor, who is recovering from an auto accident in September, dressed up as his bff and frequent co-star Dwayne "The Rock" Johnson.

But he didn't do just any look.

Hart donned the now famous 90s look of Johnson in a black turtleneck, gold chain, jeans and a fanny pack.

"This s**t makes me laugh," Hart wrote in the caption of a photo split of him and Johnson in the outfit. "#NailedIt #HappyHalloween #PeepTheNapkinUnderMyElbow."

Hart also posted a video of him showing up at Johnson's house in the outfit to trick or treat.

"I killed it with my Halloween costume this year...," he wrote in the caption. "@therock had the nerve to get an attitude with me."

Hart also used it for a little promo, adding "We are dropping a brand new trailer for Jumanji The Next Level tomorrow. Stay tuned!!!!!!"

In the video, Johnson gets his own back, taunting Hart that he won't give the diminutive star the king-sized candy bars.

Today 92° Mix of sun and clouds