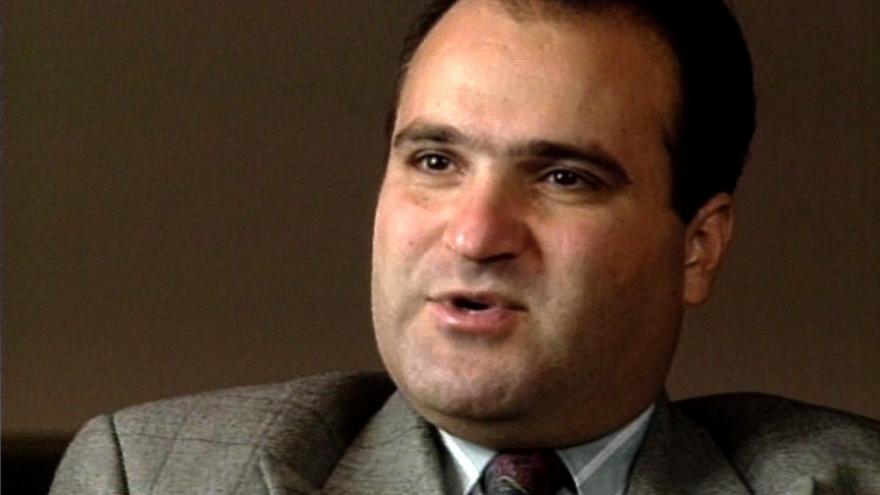 According to a newly unsealed federal indictment in the Eastern District of Virginia, Nader is accused of bringing a 14-year-old boy from Europe to the United States in 2000 for prostitution or sex. Nader engaged in sexual acts with the boy at his Washington, DC, home, the indictment states. Nader also faces two counts of transporting child pornography and "obscene" materials.

He pleaded not guilty to the charges in federal court Friday, according to the Washington Post, and his trial has been set for September 30.

CNN has reached out to Nader's attorneys for comment.

Nader was arrested in June upon his arrival at John F. Kennedy International Airport in New York after being charged under seal with transporting child pornography. He was charged with "transporting visual depictions of minors engaged in sexually explicit conduct."

A federal judge ordered last month that Nader remain in a Virginia jail until his trial, turning down a request from his attorneys to move him to a long-term medical facility to recover from recent open heart surgery.

Prosecutors say Nader brought an iPhone into the US last year that contained a dozen sexually explicit videos of underage boys, some as young as 2 years old. FBI agents working for Mueller discovered the videos in January 2018 after stopping Nader at an airport and examining his electronic devices, according to court records.

Nader has previously been convicted in the US of transporting child pornography and pleaded guilty to several crimes in the Czech Republic related to sexual contact with underage boys.

He had forged ties to the United Arab Emirates and was once an informal adviser to the Trump White House on Middle East issues.

The Mueller report mentions Nader in nearly four dozen footnotes, including references to his interviews with special counsel investigators, and other materials, like his emails and text messages.

He helped Mueller fill in the pieces about the infamous Seychelles meeting in early 2017 that brought together Trump supporter Erik Prince and a prominent Russian government banker with close ties to Russian President Vladimir Putin. His testimony about his role in the secret January 2017 liaison undercut Prince's claims that the meeting was a random encounter and that it was not coordinated with anyone from the Trump transition.