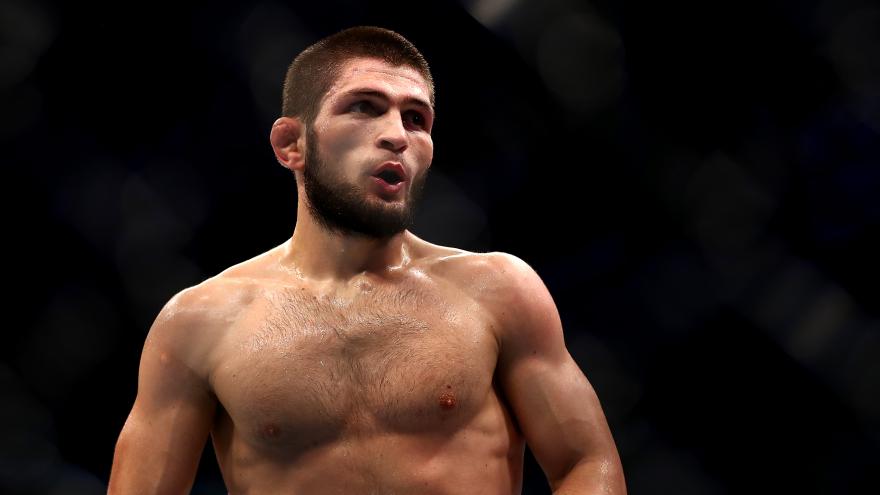 The UFC president confirmed the long-awaited bout will now take place on October 24, after a difficult year for the Russian fighter.

Nurmagomedov's father and trainer, Abdulmanap, 57, died in a Moscow hospital earlier this month due to complications stemming from a Covid-19 infection.

"It's been very rough on him," White told CNN Sport's Don Riddell. "His father was a hero to him, he loved his father, they had a very close relationship and it was very hard on him."

CEO of Dominance MMA Management Ali Abdelaziz, who represents both Nurmagomedov and Gaethje, did not immediately respond to CNN Sport's request for comment.

'The fight is going to happen'

There had been rumors that reigning lightweight champion Nurmagomedov might retire from the sport following the death of his father but his team had previously said he would return after a period of grief.

Although White did not reveal the location for the fight, he said he was confident it would go ahead this time after it was initially slated for September.

Due to the ongoing pandemic, White organized a UFC bubble on Yas Island in Abu Dhabi to host contests.

Between July 11 and July 25, 'Fight Island' hosted a selection of bouts, including Kamaru Usman's victory over Jorge Masvidal to retain his welterweight crown in UFC 251.

Nurmagomedov was also due to fight Tony Ferguson earlier this year but the fight was called off because of the pandemic.

The Russian has been poised to fight Ferguson five times since December 2015, but the bout has never happened due to injury or illness.

Gaethje replaced Nurmagomedov and fought Ferguson in May, beating him in the fifth and final round to secure the interim lightweight title.