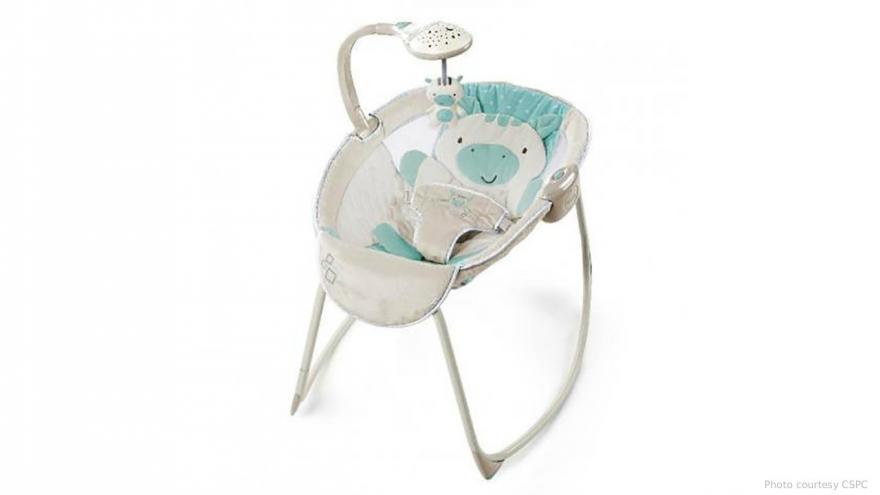 (CNN) -- Kids2 recalled all models of its rocking sleepers on Friday after five infant deaths in the sleepers.

The recall affects nearly 700,000 products sold under brands such as Bright Starts, Ingenuity and Disney Baby. Kids2, also known as Kids II, introduced rocking sleepers in March 2012. Since then, five infant deaths have occurred "after the infants rolled from their back to their stomach while unrestrained, or under other circumstances."

The sleepers were sold by major retailers including Walmart, Target and Toys "R" Us, according to the announcement from the US Consumer Product Safety Commission.

Parents should immediately stop using the Kids2 sleepers and contact Kids2 toll-free at 1-866-869-7954 or www.kids2.com for a refund or a voucher.

The announcement comes on the heels of a similar recall of Fisher-Price Rock 'n Play sleepers after the popular product was linked to more than 30 infant deaths in 10 years. That recall affected about 4.7 million sleepers, officials said.

The American Academy of Pediatrics recommends placing babies to sleep on their backs on a firm sleep surface such as a crib or a bassinet with a tight-fitting sheet. The academy also recommends avoiding the use of soft bedding, as well as any inclined sleep products that require restraining a baby.