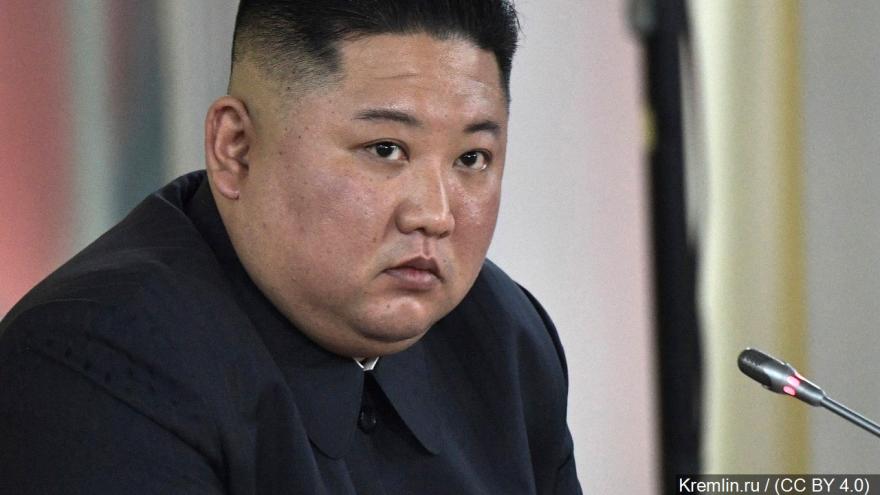 SEOUL, South Korea (AP) — North Korean state media on Sunday showed leader Kim Jong Un observing live-fire drills of long-range multiple rocket launchers and what appeared to be a new short-range ballistic missile, a day after South Korea expressed concern that the launches were a violation of an inter-Korean agreement to cease all hostile acts.

The weapons launches were a likely sign of Pyongyang's growing frustration at stalled diplomatic talks with Washington meant to provide coveted sanctions relief in return for nuclear disarmament. They also highlighted the fragility of the detente between the Koreas, which in a military agreement reached last September vowed to completely cease "all hostile acts" against each other in land, air and sea.

South Korea said it's "very concerned" about North Korea's weapons launches, calling them a violation of the agreements to reduce animosities between the countries. The statement, issued after an emergency meeting Saturday of top officials at the presidential Blue House in Seoul, also urged North Korea to stop committing acts that would raise military tensions and join efforts to resume nuclear diplomacy.

U.S. Secretary of State Mike Pompeo stressed that Washington still wants to strike a deal with Kim to get the North Korea to denuclearize. He told Fox News Sunday and ABC's "This Week" that the weapons launched were short-range and not intercontinental ballistic missiles.

"They landed in the water east of North Korea and didn't present a threat to the United States or South Korea or Japan," he said on ABC.

South Korea's Joint Chiefs of Staff initially said on Saturday that the North launched a single missile from the site near the coastal town of Wonsan but later said in a statement that "several projectiles" had been fired.

In its updated assessment on Sunday, the JCS did not confirm whether the North fired a ballistic missile, but said a "new tactical guided weapon" was among the weapons tested by the North, which also included 240 millimeter- and 300 millimeter-caliber multiple rocket launchers. The JCS said the various projectiles flew from 70 to 240 kilometers (44 to 149 miles) before splashing into sea.

The North's official Rodong Sinmun newspaper published photos that showed Kim, equipped with binoculars, observing tests of different weapons systems, including multiple rocket launchers and what appeared to be a short-range missile fired from a launch vehicle, and also an explosion of what seemed to be a target set on island rocks.

"Praising the People's Army for its excellent operation of modern large-caliber long-range multiple rocket launchers and tactical guided weapons, he said that all the service members are master gunners and they are capable of carrying out duty to promptly tackle any situation," the KNCA paraphrased Kim as saying.

"He stressed the need for all the service members to keep high alert posture and more dynamically wage the drive to increase the combat ability so as to defend the political sovereignty and economic self-sustenance of the country and ... the security of the people from the threats and invasion by any forces," the report added.

The North Korean missile appeared to be modeled after Russia's 9K720 Iskander mobile short-range ballistic missile system, said Kim Dong-yub, an analyst from Seoul's Institute for Far Eastern Studies. The solid-fuel North Korean missile was first revealed in a military parade in Pyongyang in February last year and is likely the unspecified tactical weapon the North said it tested last month, he said.

The new missile would be potentially capable of delivering nuclear warheads and striking targets as far away as 500 kilometers (310 miles), which puts the entire Korean Peninsula within reach, said Kim, who based his analysis on the capabilities of the Iskander and North Korea's current levels in missile technology.

The missile is also likely designed to be maneuvered during flight and warhead delivery, which would make it less likely to be intercepted by missile defense systems, he said.

"The North tried to clearly demonstrate its abilities to strike any target on the Korean Peninsula, including U.S. troops stationed across South Korea in areas such as Seoul, Pyeongtaek, Daegu and Busan," said Kim, a former South Korean military official.

The distance between Wonsan, where the launch was held, and the South Korean capital of Seoul is roughly 200 kilometers (124 miles).

The North in Sunday's report did not issue any direct threat or warning toward the South or the United States. Experts say the North may increase these sorts of low-level provocations to apply pressure on the United States to agree to reduce crushing international sanctions.

The launches come amid a diplomatic breakdown that has followed a failed summit earlier this year between President Donald Trump and Kim Jong Un over the North's pursuit of nuclear bombs that can accurately target the U.S. mainland. The North probably has viable shorter-range nuclear-armed missiles, but it still needs more tests to perfect its longer-range weapons, according to outside analysts.

Trump said Saturday that he still believes a nuclear deal with North Korea will happen. He tweeted that Kim "fully realizes the great economic potential of North Korea, & will do nothing to interfere or end it."

Trump added: "He also knows that I am with him & does not want to break his promise to me. Deal will happen!"

North Korea could choose to fire more missiles with longer ranges in coming weeks to ramp up its pressure on the United States to come up with a roadmap for nuclear talks by the end of this year, said Nam Sung-wook, a professor at Korea University.

"North Korea wants to say, 'We have missiles and nuclear weapons to cope with (U.S.-led) sanctions,'" Nam said. "They can fire short-range missiles a couple more times this month, and there is no guarantee that they won't fire a medium-range missile next month."

North Korea last conducted a major missile test in November 2017 when it flight-tested an intercontinental ballistic missile that demonstrated potential capability to reach deep into the U.S. mainland. That year saw a string of increasingly powerful weapons tests from the North and a belligerent response from Trump that had many in the region fearing war.

During the diplomacy that followed those weapons tests, Kim said that the North would not test nuclear devices or ICBMs. The short-range projectiles launched on Saturday don't appear to violate that self-imposed moratorium, and they may instead be a way to register Kim's displeasure with Washington without having the diplomacy collapse.