Knox accuses media of having built false story around her 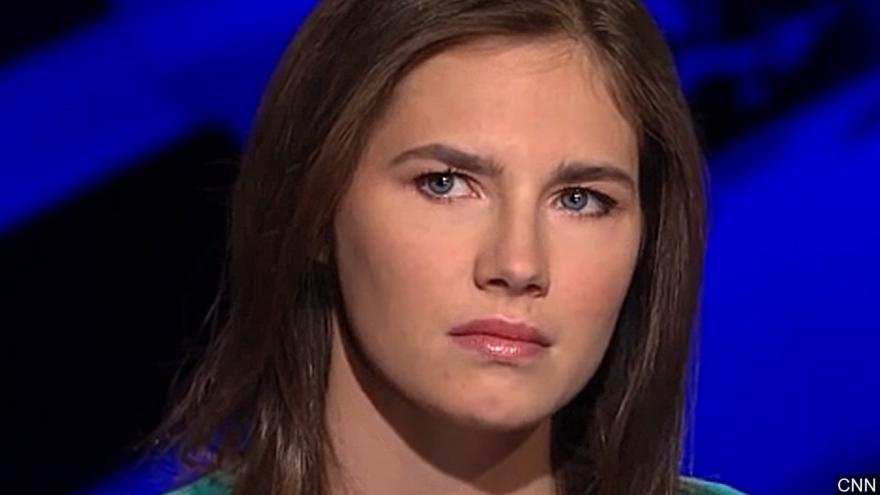 ROME (AP) — Taking the stage Saturday at an Italian conference on justice, Amanda Knox accused the media of having built a false narrative around her during her years-long murder trial and appeals process, depicting her as guilty even though she was eventually acquitted.

The former exchange student from the United States who became the focus of a sensational murder case returned to Italy this week for the first time since an appeals court acquitted her in 2011 in the slaying of her British roommate, Meredith Kercher.

Knox, speaking in Italian on a panel discussion at the Criminal Justice Festival in Modena titled "Trial by media," said she was depicted "on the global scene as cunning, psychopath, drug-addicted, whore. Guilty."

Speaking through tears, she said the media that labelled her "Foxy Knoxy" invented a "false and baseless story, which fueled people's fantasies and talked to their fears."

Knox's 2011 acquittal was part of a long legal process that saw multiple flip-flop rulings before she was definitively acquitted in 2015 by Italy's highest court.

Knox said she came back to Italy despite the fact that she was afraid of being "molested, derided, framed, that new accusations will be directed against me for telling my truth."

Knox acknowledged that despite her final acquittal "I remain a controversial figure in the public opinion, especially here in Italy."

She had been accused with her Italian boyfriend at the time, Raffaele Sollecito, and Ivorian-born Rudy Guede of killing Kercher on Nov. 1, 2007, in the university town of Perugia. After multiple rulings, Italy's highest court definitively acquitted Knox and Sollecito in 2015. Guede is still serving a 16-year sentence.

During her speech, which was followed by a standing ovation, Knox recalled Perugia prosecutor Giuliano Mignini as the one who accused her in his search for justice.

"One day I'd like to meet the real Mignini, and I hope that when he comes, he will also see that I am not a monster, I simply am Amanda," Knox said.

On Friday, the lawyer for Kercher's family described Knox's invitation to speak at the Criminal Justice Festival as "inappropriate."

"Inviting her to a technical panel on justice was a mistake," Francesco Maresca told The Associated Press, adding that "lawyers for both parts should have been involved."