Kobe and Gianna are two rising baby names of 2020. Karen's on the decline 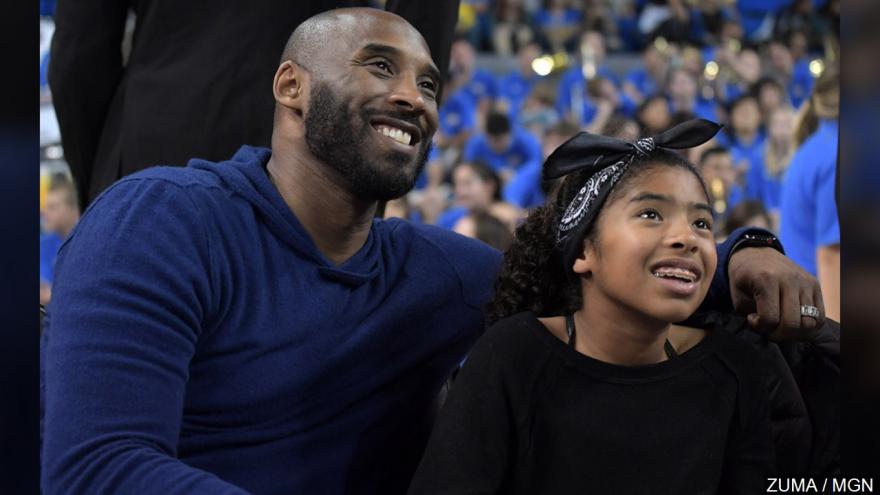 Kobe Bryant and his daughter Gianna tragically died earlier this year in a helicopter crash.

(CNN) -- Baby names typically trend as a reflection of the times, and it should come as no surprise that two names have experienced a major boost in popularity: Kobe and Gianna.

The rise is no doubt propelled by the tragic deaths of Kobe Bryant and his 13-year-old daughter Gianna earlier this year.

Kobe, Gianna and seven others lost their lives in a helicopter crash on January 26.

The name Kobe experienced a 175% boost in popularity, while Gianna saw an even bigger jump with a 216% boost, according to the Baby Center, which posted a list of the most popular names in 2020. The bump was enough to propel Gianna into the top 100 for girls' names, ranking at 24. Kobe, however, did not break the top 100 despite the rise in popularity.

Joining Kobe and Gianna on the list is the name Kamala, which saw a 104% boost, likely propelled by Democratic presidential nominee Joe Biden tapping Kamala Harris to be his running mate.

On the flip side, the name Karen saw a 13% decline in popularity following its popular use as a meme typically used against seemingly privileged or racist middle-aged White women.

The BabyCenter bases its rankings from more than 520,000 BabyCenter parents who submitted baby names, and it combined spellings of similar names.