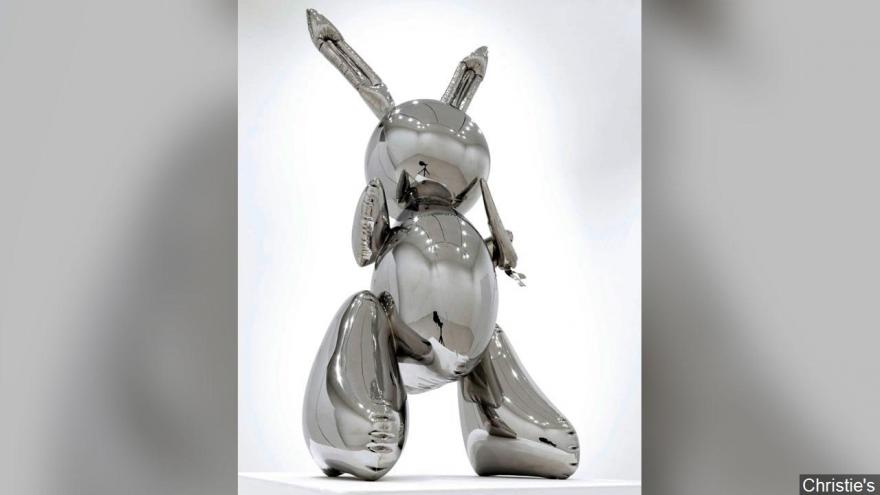 NEW YORK (AP) — A stainless steel sculpture of a rabbit by Jeff Koons has set an auction record in New York, fetching over $91 million.

The sale of Koons' 1986 "Rabbit" at Christie's Wednesday was the most expensive work by a living artist ever sold at auction.

The previous record for a living artist's work sold at auction was set by British artist David Hockney. His 1972 "Portrait of an Artist (Pool with Two Figures)" brought in $90.3 million at Christie's last year.

The New York Times says Robert E. Mnuchin, an art dealer and the father of Treasury Secretary Steven Mnuchin, was the winning bidder for "Rabbit," which had an estimated sale price of at least $50 million.

Christie's says the sculpture is one of three editions plus one artist's proof.