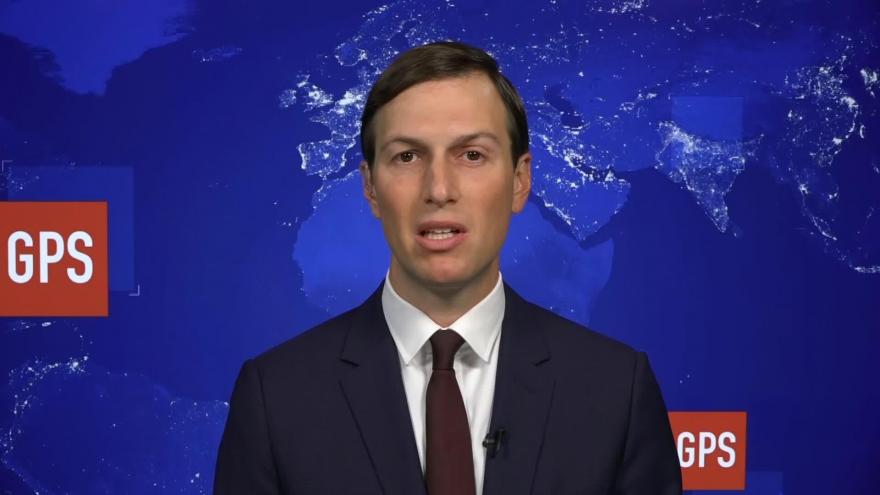 Jared Kushner suggested in an interview with CNN's Fareed Zakaria that the recent peace agreement between Israel and the United Arab Emirates "should increase the probability" of an F-35 jet sale to the UAE.

(CNN) -- Jared Kushner suggested Sunday in an interview with CNN's Fareed Zakaria that the recent peace agreement between Israel and the United Arab Emirates "should increase the probability" of an F-35 jet sale to the UAE.

He said this had become a political issue in Israel over the last week or so, and acknowledged that the UAE has been trying to get the F-35 for a long time.

"The group that wants them not to get it the most is obviously Iran because they're right across the Strait of Hormuz from there," he told CNN's "Fareed Zakaria GPS" show. "And the reality is that this new peace agreement should increase the probability of them getting it, but it's something we're reviewing."

"Obviously we'll look at the QME and we'll do everything in accordance with the right standards, but it's something that the State Department and the US military is looking at," Kushner added.

CNN reported last week that a secret push by Kushner to sell advanced arms -- including F-35 stealth fighter jets -- to the UAE has caused confusion and frustration among agencies and congressional committees that would normally be involved in such a sale but have been left in the dark.

Kushner is supporting the administration's discussions with the UAE about the potential advanced arms sale, which have been led by the NSC Senior Director for the Middle East, Miguel Correa, a senior administration official said.

The tight hold on details about these discussions has created confusion across the US government, two State Department officials and multiple congressional aides told CNN.

Trump said the potential sale was "under review" during a news conference on Wednesday. He also said the Emirates have the funds to pay for the military hardware.