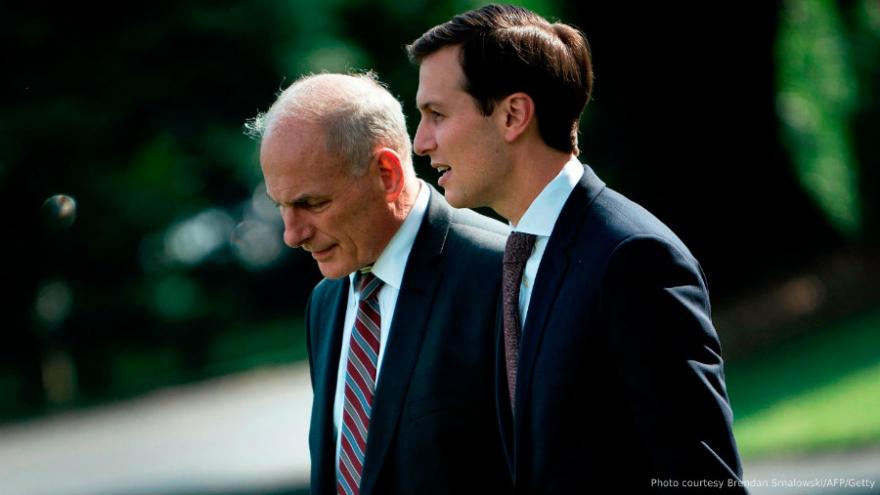 (CNN) -- Interim security clearances for White House aides, including Jared Kushner, were downgraded last week after chief of staff John Kelly stipulated new changes to how officials access the nation's secrets, according to sources familiar with the matter.

In a February 16 memo, Kelly stated that White House officials who have been operating on interim clearances since last June would have their temporary clearances discontinued.

That included Kushner, the President's son-in-law and senior adviser. Asked on Friday whether he would grant Kushner an exemption from the new mandate, Trump said it would be Kelly's decision.

The White House has refused to detail the status of Kushner's clearance.

Kushner is accepting the decision about his security clearance and "will not ask for special permission" from the President, one person familiar with situation says.

"He is a valued member of the team and will continue to do the important work he has been doing since he started in the administration," press secretary Sarah Sanders said on Tuesday.

After the memo's release, White House officials worked to identify a way for Kushner to continue working on his portfolio of issues -- including on the Middle East and China -- that would avoid forcing Trump to personally intervene.

Officials have expressed worry that Trump's personal involvement could create problems within the West Wing and with Kelly.