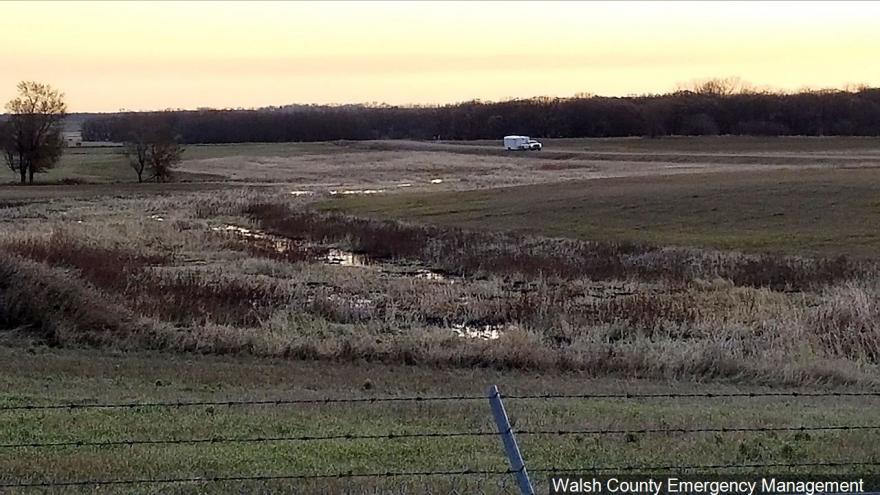 BISMARCK, N.D. (AP) — A crude oil spill from the Keystone pipeline in eastern North Dakota has turned out to have affected almost 10 times the amount of land as first reported, a state regulator said Monday.

The cause of the spill is still unknown. An affected portion of the pipe has been sent to a third-party laboratory for inspection, as required by federal regulators.

TC Energy said the pipeline returned to service on Nov. 10 after approval of a repair and restart plan by the U.S. Pipeline and Hazardous Materials Safety Administration.

The company has not given an estimate on the land that was affected, Suess said. The initial estimate by state regulators was “a quick and dirty look at it,” he said. “We did have some surface expansion since then.”

The company reported late Sunday that it had recovered about 337,550 gallons of oil, along with 141,834 gallons of oily water, Suess said.

Cleanup crews and state regulators remained at the site on Monday. Some wetlands were affected, but not any sources of drinking water, he said.

TC Energy has said people were at the site working around the clock to clean up the spill. Suess said the cleanup work was cut to daylight hours on Monday.

The company has referred questions to its website but has not updated it in more than a week.

TC Energy has put up berms around the affected area and is excavating contaminated soil from the entire site, at depths of up to 6 feet, Suess said. The oily soil is being stockpiled and will be taken to a landfill in Sawyer, North Dakota, he said.

“We really don’t have any risk of anything spreading at this point,” he said.

Crude began flowing through the $5.2 billion pipeline in 2011. It’s designed to carry crude oil across Saskatchewan and Manitoba, and through North Dakota, South Dakota, Nebraska, Kansas and Missouri on the way to refineries in Patoka, Illinois and Cushing, Oklahoma. It can handle about 23 million gallons daily.

It is part of a system that also is to include the proposed $8 billion Keystone XL pipeline designed to transport the oil from western Canada to terminals on the Gulf Coast.

The proposed Keystone XL pipeline has drawn opposition from people who fear it will cause environmental damage.