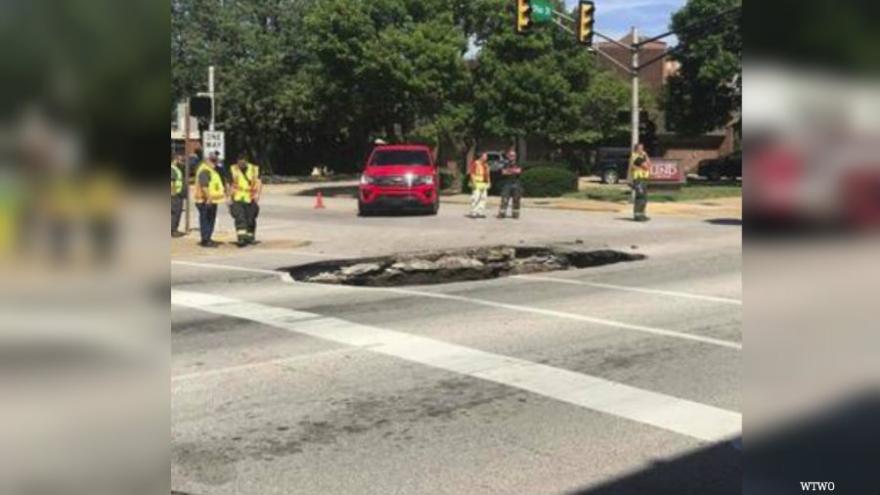 A large sinkhole has opened in pavement near an intersection in downtown Terre Haute.

The sinkhole appeared Wednesday after a Terre Haute Fire Department ladder truck drove over the pavement on Ohio Street at the intersection of Fourth Street.

The Tribune-Star reports firefighters heard the collapse and stopped to check out the cause of the noise.