Larry King's son and daughter die within weeks of each other 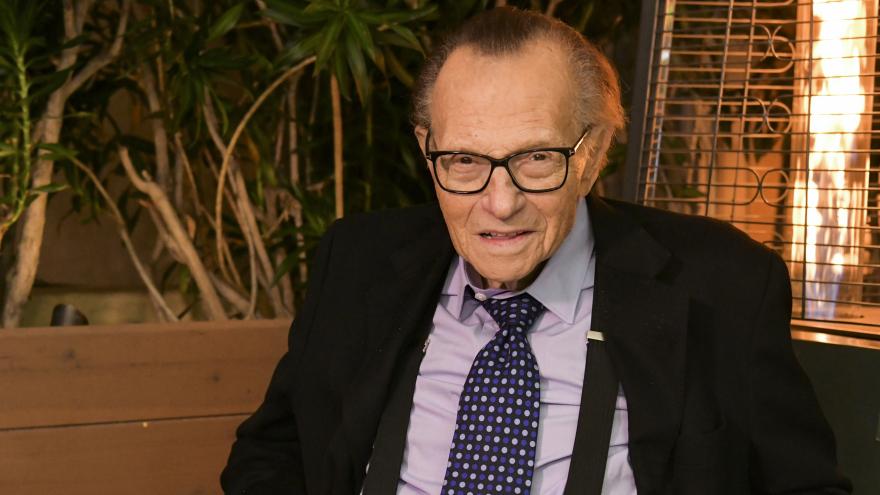 (CNN) -- Longtime talk show host Larry King said Saturday that two of his children have died within roughly three weeks of each other.

His son Andy King, 65, unexpectedly passed away of a heart attack in late July, while his daughter Chaia King, 52, died earlier this week "only a short time after having been diagnosed with lung cancer," King wrote on Facebook.

"Both of them were good and kind souls and they will be greatly missed," he wrote.

"Losing them feels so out of order. No parent should have to bury a child," King said. "My family and I thank you for your outpouring of kind sentiments and well wishes. In this moment, we need a little time and privacy to heal. I thank you for respecting that."

Both children were from King's 1961 marriage to Alene Atkins. The couple divorced and remarried in 1967, before divorcing again in 1971. King and Chaia co-authored a children's book titled "Daddy Day, Daughter Day" in 1997, recounting their experiences with the divorce.

Atkins passed away peacefully in 2017, King tweeted at the time.

King declined CNN's request for comment via a spokesman at Ora TV.

King is also a father to four children from previous marriages and is a stepfather to one. He parted ways with his most recent spouse Shawn Southwick in 2019.

CORRECTION: An earlier version of this story incorrectly reported the number of Larry King's surviving children and stepchildren.