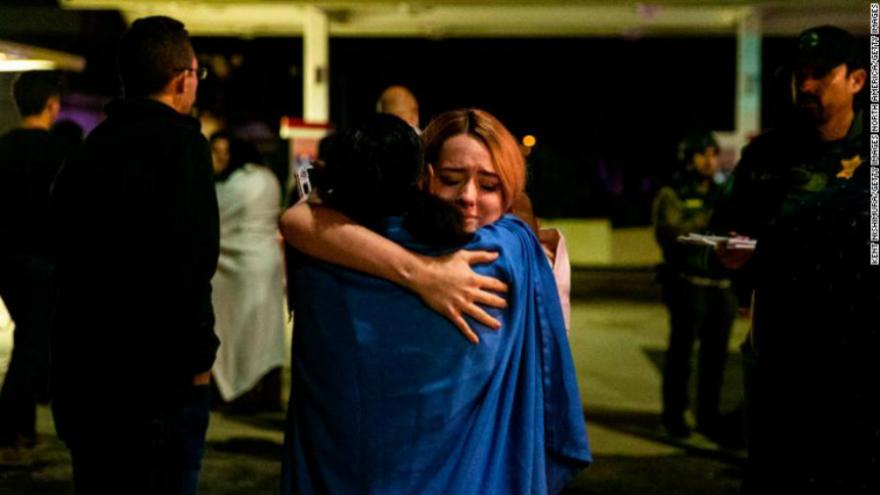 (CNN) -- Survivors of the Las Vegas massacre paid tribute to the 12 people killed in this week's shooting in Thousand Oaks with a message: We will remember you.

"Whatever they need, we are here. We are going to stand with them, and we're going to work through this together," said Stacie Armentrout, who survived the shooting at Route 91.

Several survivors of the Las Vegas massacre were at the Borderline bar on the night of the shooting. Brendan Kelly was on the dance floor when the shooting started, and survived by fleeing through a back door, becoming part of a rare group that has survived two mass shootings.

"My son was in Las Vegas with a lot of his friends, and he came home. He didn't come home last night," Susan Orfanos told CNN affiliate KABC on Thursday.

Armentrout said it was important to help survivors of the shooting in Thousand Oaks.

"When Route 91 happened, survivors of other mass shootings came out to help us, support us," she said. "We want to do the same thing. We are all a mass shooting survivor family."

The Las Vegas massacre left 58 people dead and more than 515 injured, and was the deadliest mass shooting in recent US history.