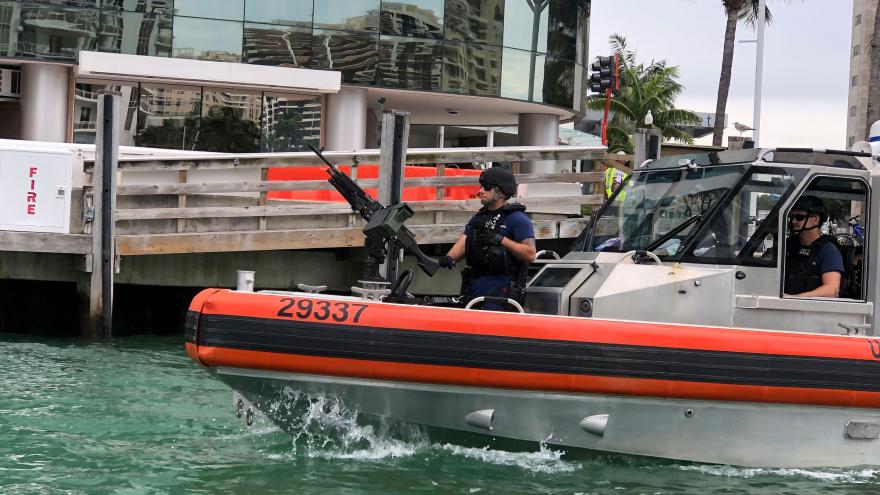 (CNN) -- After more than of a year of planning, the National Football League and law enforcement officials said Wednesday they are ready for this week's Super Bowl and related events.

The Kansas City Chiefs will play the San Francisco 49ers in the Super Bowl LIV at Hard Rock Stadium in Miami Gardens, Florida on Sunday.

Cathy Lanier, the league's senior vice president of security, local and federal law enforcement spoke generally about the security plans. The plans include increased aviation and maritime resources, the assistance of federal authorities like the FBI and the Department of Homeland Security and nearly 1,500 Miami police officers patrolling the area.

The Federal Aviation Administration has also issued temporary flight restrictions in the area in the days leading up to the Super Bowl and the game, law enforcement officials said.

"Here we are now, first and 10, at the goal line, ready to score and ready to win," Miami Dade Police director Alfredo Ramirez told reporters. "And winning for us is to provide a safe and happy Super Bowl environment."

While there is no specific or credible threat to the Super Bowl, officials said they are on high alert.

The Super Bowl is a possible target for potential terrorists, human trafficking activity and the sale of counterfeit goods, he said.

Wolf said law enforcement officials are "prepared on all fronts for all threats."

Those who violate the restrictions could face civil penalties that exceed more than $30,000 and possible criminal prosecution.

He said authorities have contacted the drone operators and informed them of the violation.

"After today, the drone operators may potentially end up having their drones seized and forfeited," Piro said.

Lanier, the former police chief in Washington D.C., said law enforcement will have "360 degree security" for the Super Bowl.