Lawmaker who worked 3 probes says Trump's conduct is most serious 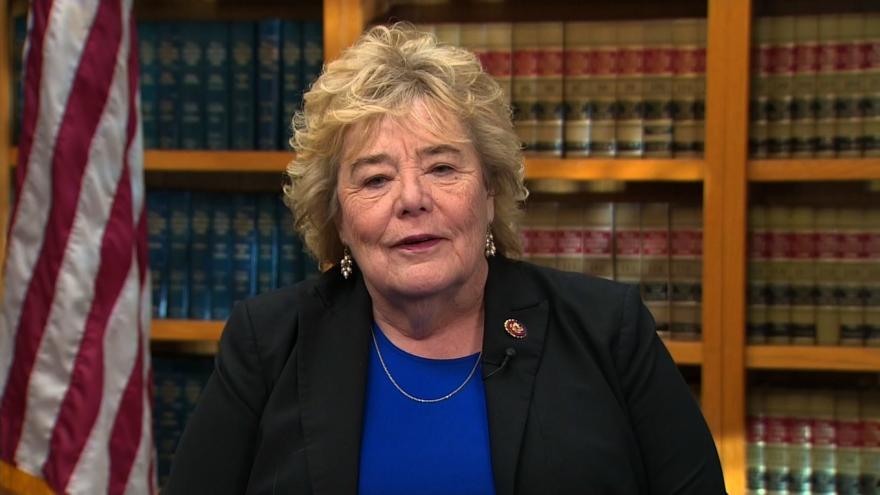 California Rep. Zoe Lofgren, a California Democrat who helped draft an article of impeachment against Nixon as a congressional staffer and served on the House Judiciary Committee during President Bill Clinton's impeachment, told CNN's Dana Bash on "State of the Union" Sunday that she agrees with House Intelligence Committee Chairman Adam Schiff that Trump's actions involving Ukraine are "far more serious" than Watergate. Congressional Democrats -- including House Speaker Nancy Pelosi and, on Sunday, Minnesota Sen. Amy Klobuchar -- have compared Trump's involvement with Ukraine to the scandal that prompted Nixon to resign in 1974 rather than be impeached.

"The president -- President Nixon's misconduct related to trying to use the levers of government to hide the Watergate burglary ... his misconduct had to do with trying to throw the election but at least it didn't involve involving other foreign nations," said Lofgren, who currently serves on the House Judiciary Committee. "If you take a look at the -- what the founding fathers were concerned about, it was the interference by foreign governments in our political system that was one of the gravest concerns. Nixon's behavior didn't fall into that range. So in that way, this conduct is more serious."

The House Democrats' impeachment investigation is centered on a whistleblower complaint alleging the President pressured Ukraine to investigate a political rival to help the President's 2020 reelection bid, while withholding security aid to Kiev. Lofgren's comments come as Congress moves toward the next phase in the proceedings against Trump, with the House Intelligence Committee expected to allow lawmakers to review its impeachment report Monday ahead of a schedule vote to approve it on Tuesday.

Asked if she would criticize Democrats for moving to impeach Trump without any Republican support -- similar to her criticism of the GOP's move to impeach Clinton in 1998 without Democratic backing -- Lofgren said, "Certainly not."

"My concern with the Clinton impeachment was that there was no high crime or misdemeanor. Lying about sex does not disrupt the constitutional order. It doesn't threaten the national security," she said. "We're not pursuing President Trump's lying about sex. His former lawyer is in prison because he lied about the President's affairs. That has nothing to do with undercutting the constitutional order. If we were pursuing President Trump because of his cover-up of his affairs, that would be improper. And we're not going to do that."

Former Trump personal attorney Michael Cohen is serving a three-year prison sentence after pleading guilty to multiple crimes including campaign finance violations tied to payments to two women alleging affairs with Trump a decade ago. Trump has denied having affairs with the women.

Lofgren would not say what she thought articles of impeachment against the President should be, but said "it would be wonderful if there were some benign explanation" for Trump's actions being scrutinized by the House.

"I want to let the process play out," she said. "You know if we've got it wrong, it doesn't look like we do, but I would welcome an opportunity to reach a different conclusion about the President's misconduct."

She continued: "This is not a great time for the country to have a President revealed as doing something so counter-productive to the national interest. It would be wonderful if there were some benign explanation. I'm struggling to think what it would be at this point. But we have to at least allow for that possibility."

The President has denied any wrongdoing, and the House Judiciary Committee has set a December 6 deadline for Trump to decide if his attorneys will participate in the committee's impeachment proceedings against him.