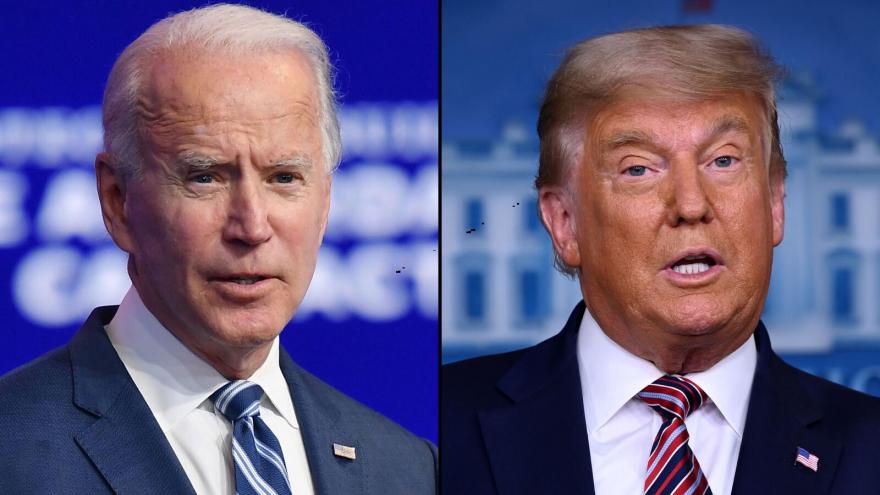 The lawsuits that tried to disrupt President-elect Joe Biden's wins in four states -- Michigan, Pennsylvania, Wisconsin and Georgia -- are withdrawn.

The cases were short-lived in Georgia, Wisconsin, Michigan and Pennsylvania federal courts, and fed into a pro-Donald Trump legal strategy that's almost certain to fail to block Biden's presidential win before the Electoral College formalized it.

The suits mirrored one another and were all backed by the law firm of a nationally known conservative attorney, James Bopp Jr. In Michigan and Pennsylvania, the cases had also gone hand in hand with ones brought by the Trump campaign.

Bopp, when asked for an explanation on why his team is pulling the suits, responded, "because of [attorney-client] privilege and because I do not telegraph my next moves, I cannot comment."

The announcement that the voters are dropping their suits comes three days after a federal appellate court said voters couldn't bring some constitutional claims, essentially shutting down the path the Pennsylvania voters wanted to take in their suit.

Trump has refused to concede the election and continues to make false claims of widespread voter fraud with no evidence. His campaign and GOP allies have filed numerous and flimsy legal challenges in the days following the November 3 election.

On Friday, nine cases meant to attack Biden's win in key states were denied or dropped. The Trump campaign dropped a lawsuit in Arizona that alleged some voters were confused on Election Day and feared that their ballots were not counted if the vote tabulation machines classified their ballots as "overvotes." They were seeking a hand review of any ballots flagged by the machine as overvotes alleging it could result in thousands of votes for Trump.

The Trump campaign on Friday also lost six cases in two counties in Pennsylvania over whether almost 9,000 absentee ballots could be thrown out. Pollwatchers in Michigan lost their case to stop the certification of votes in Detroit, and a judge rejected their allegations of fraud.