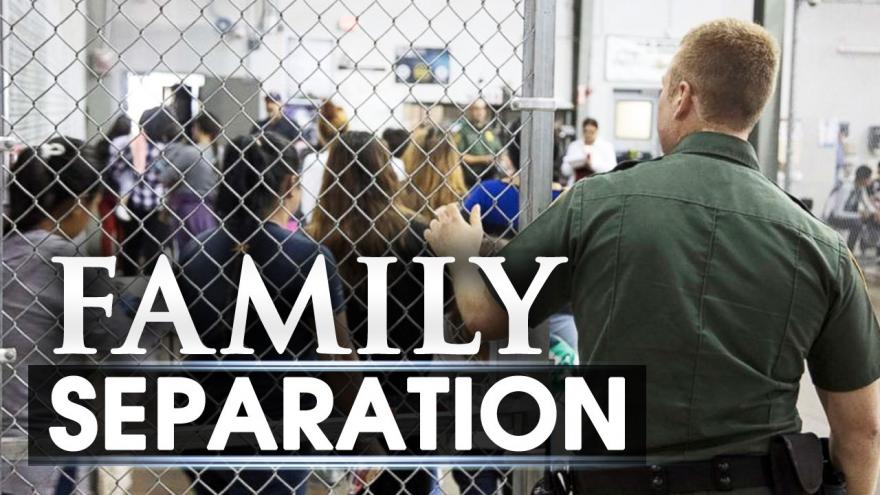 ALEXANDRIA, Va. (AP) — Immigrant advocates said Tuesday they are suing the U.S. government, claiming it is detaining immigrant children too long and improperly refusing to release them to relatives.

A federal lawsuit filed last year in Alexandria, Virginia, was expanded on Friday to propose including the cases of more than 10,000 children.

Simon Sandoval-Moshenberg, legal director of the Immigrant Advocacy Program at the Legal Aid Justice Center, said the Department of Health and Human Services has been slow to release immigrant children to sponsors in the United States and that an agreement to share sponsors' information with deportation officers has deterred some from offering to take the minors.

"Children belong in homes with families, not warehoused in government detention centers," he said in a statement.

A spokeswoman for the Department of Health and Human Services said the agency, which oversees the care and custody of immigrant children stopped on the border, doesn't comment on pending litigation.

The filing on behalf of children and their sponsors comes shortly after a detention camp housing migrant teenagers in Texas was shuttered and amid a partial government shutdown that has dragged for nearly a month over the Trump administration's demand for a wall on the southwest border.

Immigrant children who are stopped on the border alone are placed in the custody of HHS until they are released to screened sponsors in the United States. About 50,000 unaccompanied immigrant children were caught on the southwest border during the last fiscal year, according to U.S. Customs and Border Protection.

Kayla Vazquez, one of the plaintiffs in the lawsuit, said she has been trying to get her husband's 17-year-old cousin released from federal custody since immigration authorities stopped him on the U.S.-Mexico border in August.

Vazquez said she has been repeatedly asked for documents from social workers that her family has already supplied to sponsor the teen, and fears the U.S. government is stalling until he turns 18 and can be transferred to an adult detention facility.

"I feel like they're playing a game and they're just keeping him there to have the family suffer," she told reporters on a conference call.