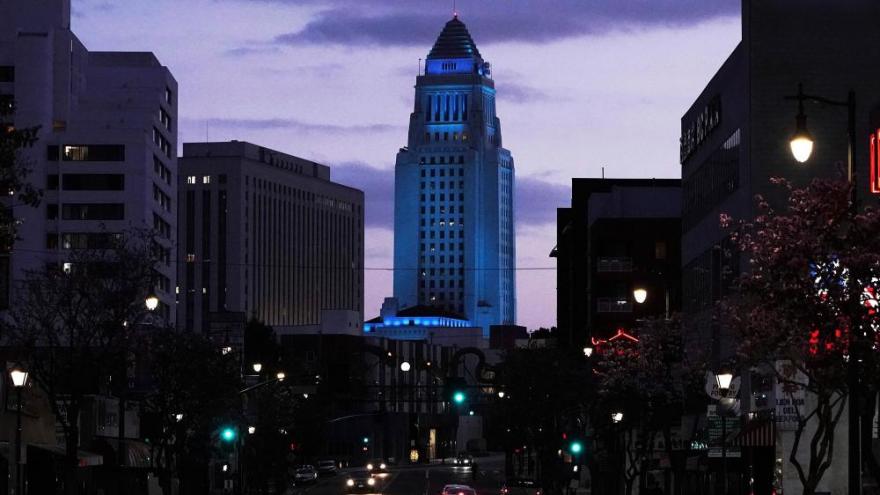 The city of Dayton, Ohio, furloughed more than a quarter of its workforce. New York City won't provide summer jobs to 75,000 youth and will keep its public pools shuttered. Maryland instituted a budget and hiring freeze to prepare for a projected $2.8 billion revenue shortfall.

(CNN) -- The city of Dayton, Ohio, furloughed more than a quarter of its workforce. New York City won't provide summer jobs to 75,000 youth and will keep its public pools shuttered. Maryland instituted a budget and hiring freeze to prepare for a projected $2.8 billion revenue shortfall.

The economic crisis wrought by the coronavirus pandemic is hammering state and local governments. With the majority of businesses shuttered in many states and tens of millions of workers filing for unemployment, states and cities are seeing their tax revenues dry up rapidly. That's opening gaping holes in their budgets for fiscal 2020 and fiscal 2021, which begins July 1 in most states.

States and municipalities had been lobbying hard for another shot of federal assistance in the latest relief package, which passed the Senate earlier this week. But it was left out of the deal, despite support from Democratic leaders.

"I would certainly be in favor of allowing states to use the bankruptcy route," McConnell told Hugh Hewitt in a radio interview. "It saves some cities. And there's no good reason for it not to be available."

New York Gov. Andrew Cuomo, a Democrat, called McConnell's remarks "just dumb" on Thursday. "States should declare bankruptcy? That's how you're going to bring this national economy back?" he said.

Bankruptcy is not an option for states. Federal bankruptcy code does not allow state governments to declare bankruptcy, though municipalities can.

Democrats have said they hope to pass another coronavirus relief package that would potentially include assistance to state and local governments.

Every form of state revenue has been hit

All major forms of state and municipal revenue are cratering as people lose their jobs or incomes and stop shopping because they are staying home. Personal income taxes, capital gains, corporate profits, sales taxes and gas taxes, as well as gaming, tourism and oil revenue, are all expected to decline.

"There really won't be a source of tax revenue that won't be impacted," Sigritz said.

Budget shortfalls are projected to be in the hundreds of billions of dollars. A recent Moody's Analytics report found that state fiscal shock could total $203 billion through the end of fiscal 2021, roughly 18% to 23% of last year's general fund revenue.

Even after taking reserves into account, 33 states would have to fill budget gaps of at least 5% and 21 of those states are looking at shortfalls of 10% or more.

Another analysis found that states could face shortfalls of $360 billion or more, even accounting for rainy day funds and federal aid, according to a recent Center for Budget and Policy Priorities report.

One governor and city leader after another has announced grim projections. Michigan's initial estimates suggest that state revenue could fall by $7 billion over the next 18 months because of social distancing and non-essential business closures.

Pennsylvania, which is projecting a budget deficit of up to $5 billion, stopped paying nearly 9,000 state employees -- more than 10% of its workforce, earlier this month, after laying off 2,500 part-time and seasonal employes and interns, according to local media reports.

What happened to the aid already approved

Michigan Gov. Gretchen Whitmer and Pennsylvania Gov. Tom Wolf, along with Wisconsin Gov. Tony Evers, who may face a shortfall of more than $2 billion, wrote a letter to Trump last week asking for more federal aid. The plea from the Democratic trio followed a call from National Governors Association Chairman Gov. Larry Hogan, a Republican of Maryland, and Cuomo, the vice chair, for Congress to allocate an additional $500 billion for states to meet their budget shortfalls.

Recognizing that states and municipalities are suffering financially in the pandemic, the federal government has already moved to help them. Congress included $150 billion in aid in the $2 trillion relief package that passed in late March. However, it can only be used to cover expenses incurred due to the public health emergency, not revenue issues, and is only open to large cities and counties.

Meanwhile, the Federal Reserve launched a program to directly buy up to $500 billion in short-term debt from states and large cities and counties to help them fund government operations and manage cash flow amid decreased revenues.

But most counties and cities can't tap into this aid, and they say they need help too. The National Association of Counties, National League of Cities and US Conference of Mayors last week called for a $250 billion federal assistance package for local governments.

The latter two groups issued a joint report last week saying that 98% of mid-size cities project a revenue shortfall this year, with 38% of them expecting to lay off workers and just over half forecasting that police and public safety will be cut.

First responders will likely take a hit in Dayton

Dayton is one city that could use more federal aid. It is seeing "pretty significant losses" in March revenues and is concerned about April too, said Mayor Nan Whaley, a Democrat.

The city already furloughed nearly 500 workers, or about 28% of its staff, from the water department, parks and recreation and other areas. And all city agencies -- including the police and fire departments -- have to turn in plans next week to cut 18% from their budgets for the rest of this year.

Whaley, who was a city commissioner during the Great Recession, said this economic downturn is twice or maybe three times as bad.

"There's no way we'll survive this without cuts to police and fire," said Whaley, who also serves on the leadership team of the mayors conference. "That's why federal help is so desperately needed."