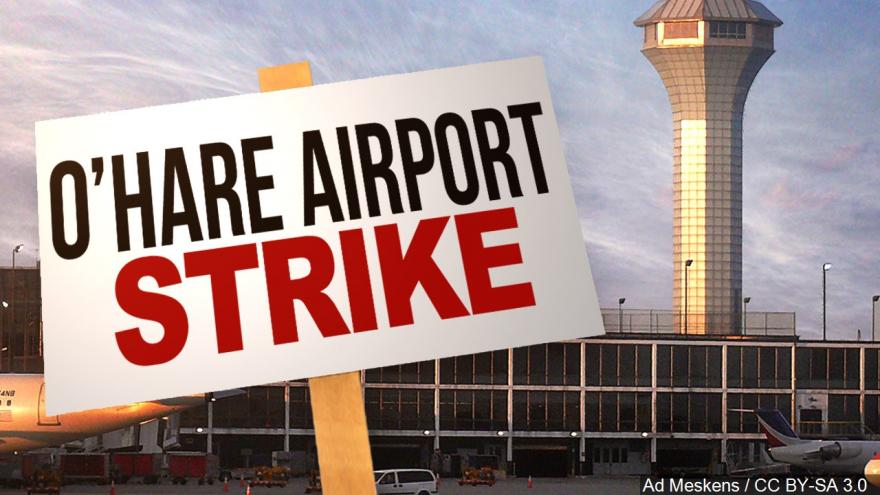 CHICAGO, Ill. (AP) — The latest on an anti-violence protest near O'Hare International Airport.

Police have arrested the organizer of an anti-violence protest that aimed to shut down part of an expressway near Chicago's O'Hare International Airport on Labor Day.

Illinois State Police troopers blocked the protesters' access to Interstate 90, also known as the Kennedy Expressway, and no protesters appeared to reach it.

The protesters had planned to march westbound on the interstate for about a mile.

Live TV reports Monday showed Rev. Gregory Livingston speaking calmly to a trooper, who explained he would be arrested if he didn't leave an area near the expressway.

Livingston politely said, "arrest me," before being led away.

Others called on Chicago's mayor to resign, chanting, "Hey, hey. Ho, ho. Rahm Emanuel has got to go!"