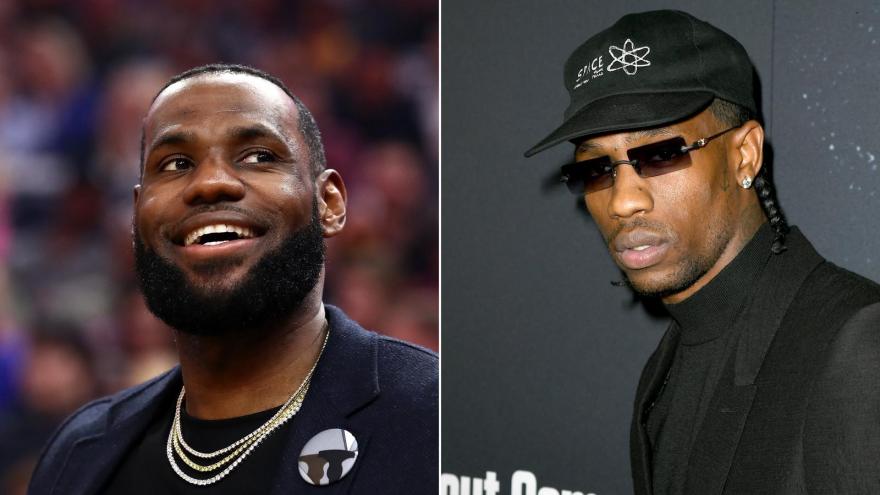 They won't have typical graduation ceremonies but the high school class of 2020 now has a T-shirt, thanks to LeBron James and Travis Scott.

(CNN) -- They won't have typical graduation ceremonies but the high school class of 2020 now has a T-shirt, thanks to LeBron James and Travis Scott.

The basketball superstar and Grammy-nominated rapper teamed up this week to design a T-shirt specifically for those students whose graduation plans were interrupted by coronavirus.

Scott designed the shirts, which feature a handwritten "We're all in this together" and a hand-drawn design with the company logos of both men, Uninterrupted by James and Cactus Jack for Scott, according to a press release from the publishing company FYI Brand Group.

All of the proceeds from the shirts will go to charities, the release said. James will donate proceeds to the LeBron James Family Foundation and Scott will donate to Feeding Texas.

The shirt, priced at $40, will be on sale from Friday until 3 p.m. Monday at Scott's online store, the release says.

The new class shirts come as James is preparing for "Graduate Together," a televised event honoring the class of 2020. An hourlong commercial-free event, the special is set to air on ABC, NBC, Fox and CBS on Saturday at 8 p.m. ET. It will be streamed on Facebook, Instagram, TikTok and other platforms.