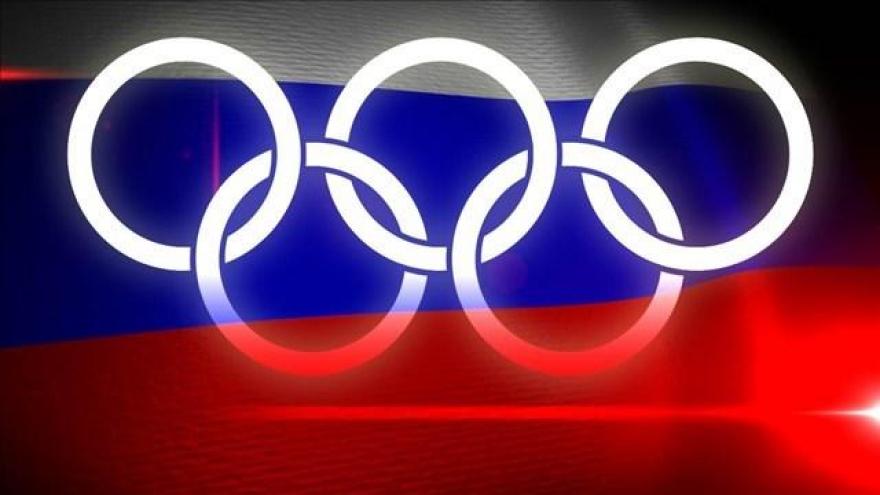 (CNN) -- It was a fairy tale at the women's super-G in Pyeongchang -- but not for Lindsey Vonn.

The greatest female ski racer of all time, one of the favorites for the event, finished sixth in a magnificent race won by snowboard specialist Ester Ledecka.

In one of the biggest shocks of the Games, the Czech pipped reigning champion Anna Veith of Austria to gold by 0.01 seconds.

"This must be some mistake. That they're going to switch the time for some others," the 22-year-old told reporters immediately after her victory.

"I am so surprised about all of it. I'm really trying to win and do a good run every time but I didn't really realize that this really can happen."

Ledecka will become the only athlete to ever compete in both skiing and snowboarding at an Olympics when she enters the snowboard parallel giant slalom on Thursday, February 22.

Her medal is all the more impressive considering she was the 26th skier to compete. The best -- such as pre-race favorites Vonn, Switzerland's Lara Gut and Veith -- had already competed, leaving a chewed up course for those that followed.

Veith had looked set to become the first woman to defend an Olympic super-G title until Ledeka's sensational run, clocked at one minute 21.11 seconds.

Snowboard specialist Ledecka has never finished on the podium in World Cup alpine events, her best result being a seventh-placed finish in the downhill last year.

In her most recent super-G run, in Austria in January, the Czech came 24th.

Vonn, the first to start the race, saw her dreams of a podium finish dashed early on, with Italy's Johanna Schnarf (third to start), Switzerland's Gut (fifth to start) and Weirather (seventh to start) outperforming her.

Competing in her fourth Winter Games but a first for eight years, the veteran American made a costly error towards the bottom of the course and finished in 1:21.49 -- 0.38 seconds behind Ledecka.

"I attacked. Unfortunately, I got a headwind in the middle section, but I attacked. I'm disappointed, but I'm not upset," the 33-year-old told reporters.

"I came in there with pretty decent speed. I think the terrain just caught me a little bit. I thought I had the turn finished sooner than I did and I lost elevation. I'm happy that I hung on and still was able to finish the course.

"I've had a roller coaster the last eight years with so many injuries, but I'm here, I'm healthy. I have two more races left, so I hope those will go a little bit better."

Vonn, who throughout the build up to these Games has vowed to win gold in memory of her late grandfather, looked skywards after crossing the finish line.

She explained: "He (my grandfather) was supposed to help me. I was like 'what happened, grandpa? Why did we not ski better?'

"I did the best I could. I'm happy with my performance. It might not be a medal, but I definitely gave it everything I had."

High winds on Saturday delayed the start of an event which had already been rescheduled from earlier in the week because of the weather.

Three of the first four races in the Alpine program were postponed this week after winds of up to 72kph wreaked havoc with the schedule.

Vonn still has a chance of winning an Olympic title at these Games, which she said were "most likely to be her last."

"It just depends on my knee. I love ski racing. I want to keep racing forever. Unfortunately, my body is not the Terminator. I can't take as many beatings as I used to," she added.

"We'll see what happens, but I would say 99% sure this is my last Olympics."

The four-time world champion, a super-G bronze medalist in 2010, will compete again on Wednesday in the downhill and victory would make her only the third American alpine skier to win three career Olympic medals. She will also race in the combined on Friday.