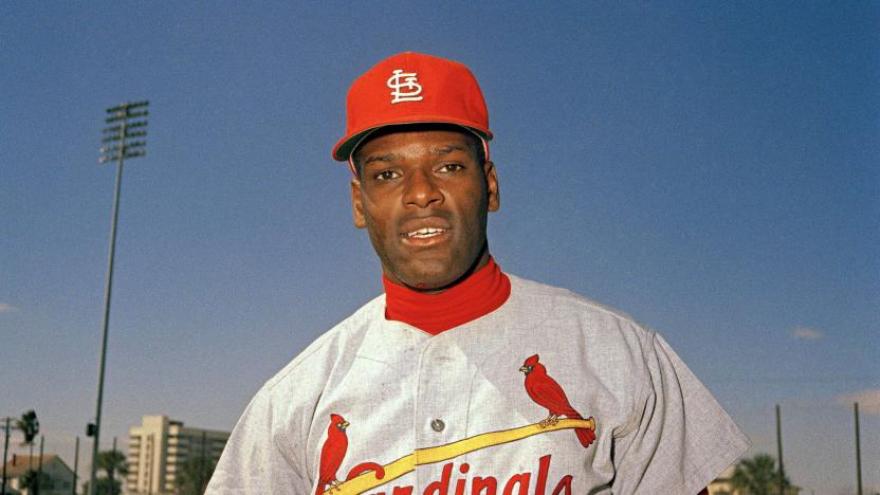 "A standard setter on the mound your entire career and one of the most feared competitors to ever play the game of baseball," Hall of Fame first baseman Frank Thomas wrote of Gibson on Twitter.

The legendary pitcher, who played all 17 seasons of his career with the Cardinals, was a nine-time All-Star, Gold Glove winner and two-time World Series champion.

He was inducted into the Baseball Hall of Fame in 1981, his first year of eligibility.

Gibson was born in Nebraska in November 1935 and was the youngest of seven children, according to the Major League Baseball website.

As a child, he overcame bouts with asthma, rickets and a heart murmur but still went on to become Creighton University's first African American baseball player and basketball player, according to MLB.

Focused and determined as he was, he scored two contracts after college with both the Cardinals and the Harlem Globetrotters before eventually deciding to stick with the former, according to MLB.

In 1968, Gibson won his first Cy Young and MVP awards after finishing the season with 22 wins, a major league record 1.12 ERA and 268 strikeouts. His dominant season in 1968 led MLB to lower the pitching mound the following year.

"I was just out there doing what I knew how to do and that's pretty much as simple as it gets," Gibson said in a previous interview posted in an MLB video this week.

"So sad to face reality that Tom, Lou & now Bob are gone," Cardinals former manager Tony La Russa wrote on Twitter. "Impossible to fill the gaps that exist with them gone. Wishing their families peace."