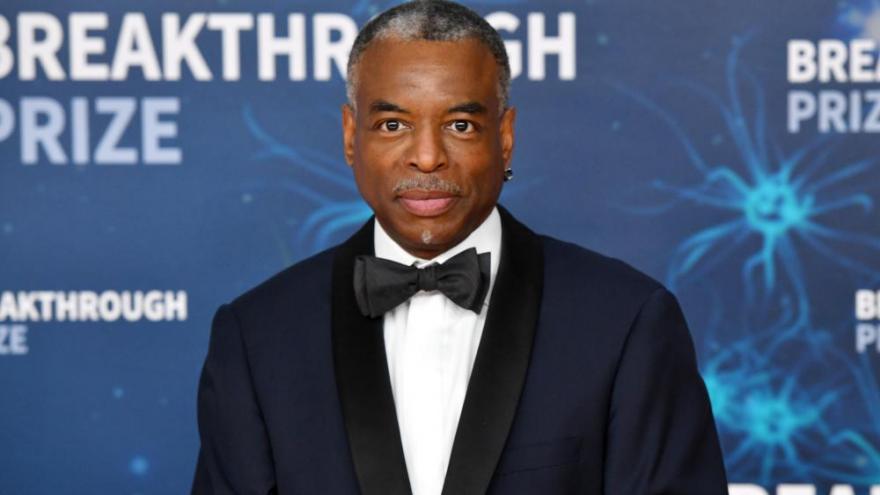 "Jeopardy!" announces that the "Star Trek: The Next Generation" actor, LeVar Burton will be one of the final guest hosts to close out Season 37.

(CNN) -- LeVar Burton, of "Reading Rainbow" fame, is taking on a new role this spring.

"Jeopardy!" announced Wednesday that the "Star Trek: The Next Generation" actor will be one of the final guest hosts to close out Season 37 of the quiz show.

Burton has been vocal about wanting to be a guest host of the quiz show. Earlier this month, he shared a Change.org petition on Twitter, writing "Leaving this here in the event the powers that be are listening..."

And it seems as if "the powers that be" -- or at least his fans -- were listening. The petition had garnered more than 246,000 signatures, as of Wednesday.

"THANK YOU... to all y'all for your passionate support! I am overjoyed, excited, and eager to be guest-hosting Jeopardy!, and will do my utmost best to live up to your faith," Burton tweeted after the show announced the news.

"YOU MADE A DIFFERENCE! Go ahead and take my word for it, this time."

Longtime host Alex Trebek died last November, after being diagnosed with stage 4 pancreatic cancer. Since then, "Jeopardy!" has seen a wide swath of guest hosts, while the show searches for a long-term replacement.

CNN's Anderson Cooper is currently serving as the guest host.

"Our goal has been to present a wide variety of guest hosts with different skill sets and backgrounds on our path to finding a permanent host," Mike Richards, executive producer of "Jeopardy!", said in a statement.

"Our passionate fans are telling us what they like, and we are listening. All of the guest hosts have brought individualism, energy and an authentic love of our show to each of their episodes. We look forward to sharing the rest of the season with our viewers."