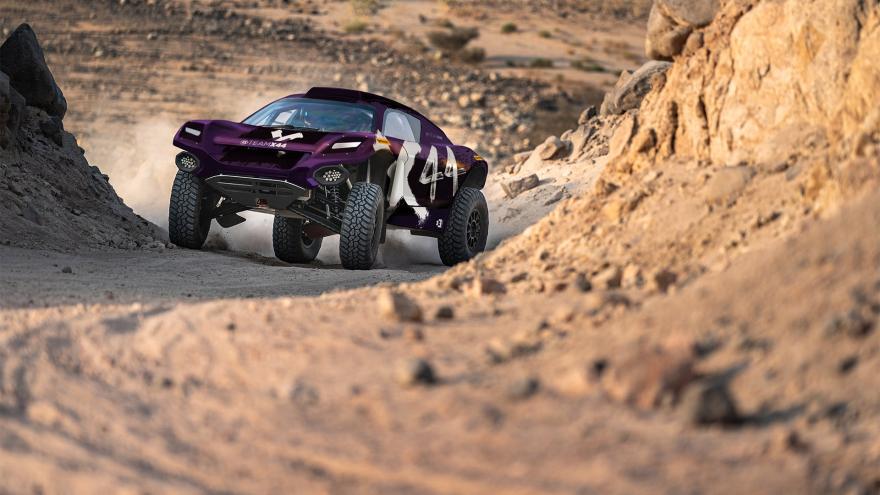 Extreme E is a series founded by the same team behind Formula E, with races hosted across the globe to promote electrification, sustainability and equality.

Its maiden season will be staged in five remote locations which have already been damaged or affected by climate issues, including the Arctic and the Amazon, raising awareness of climate change.

Hamilton, 35, called the opportunity to have his own team an "exciting new project" and said the series appealed to him because of its "environmental focus."

"Every single one of us has the power to make a difference, and it means so much to me that I can use my love of racing, together with my love for our planet, to have a positive impact," he said in a statement.

"I'm looking forward to the team taking part in this new series and I think it's incredible that we can do so whilst raising awareness about the climate crisis."

The six-time world champion's team, X44, is named in reference to his F1 racing number and will enter season one of the Extreme E Championship. The first X Prix race is scheduled to take place in early 2021.

Hamilton has long been an advocate for a greener world. In a series of messages posted on his Instagram account last year, he labeled the world a "mess" and wrote that he felt like "giving up on everything" before encouraging everyone to go vegan.

Each race will incorporate two laps over a distance of approximately 16 kilometers (10 miles), with two drivers -- one male and one female -- completing a lap apiece.

Races will not be open to spectators, to minimize the effect on the environment, with fans instead following the action on TV.

The command center for the championship series will be on board the RMS St. Helena, a ship undergoing a multi-million euro transformation to minimize emissions and transform her into the championship's operations hub.