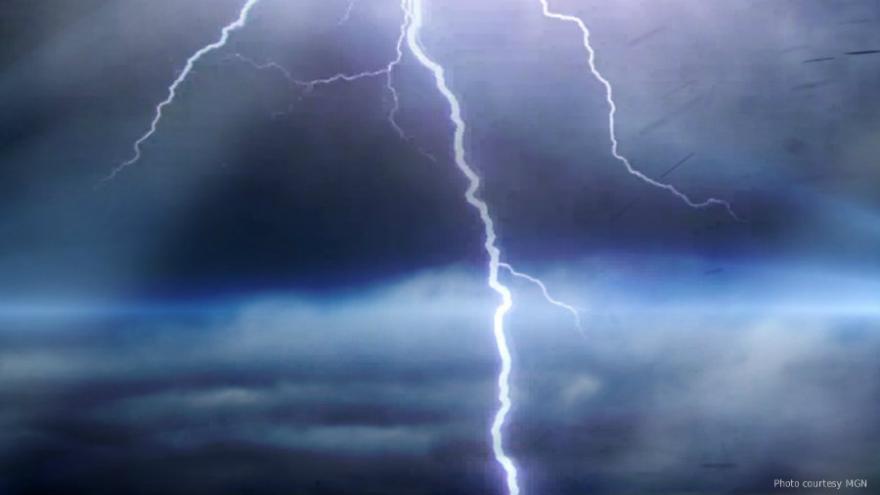 Bill Michaels was hit Thursday in Eau Claire as he hosted his show from the patio of a golf club as thunderstorms moved in.

Michaels told the Milwaukee Journal Sentinel he was sitting at a metal-mesh table when he was jolted by lightning. He said it burned his arms and fingers and blew out his shoe. Michaels got up, said he couldn't finish his show and went to a hospital.

His wife, Sherry Michaels, said on Facebook that her husband spent four hours in a hospital before being released with a bad headache and some numbness in his extremities. He was tweeting that evening on the Packers' preseason game.