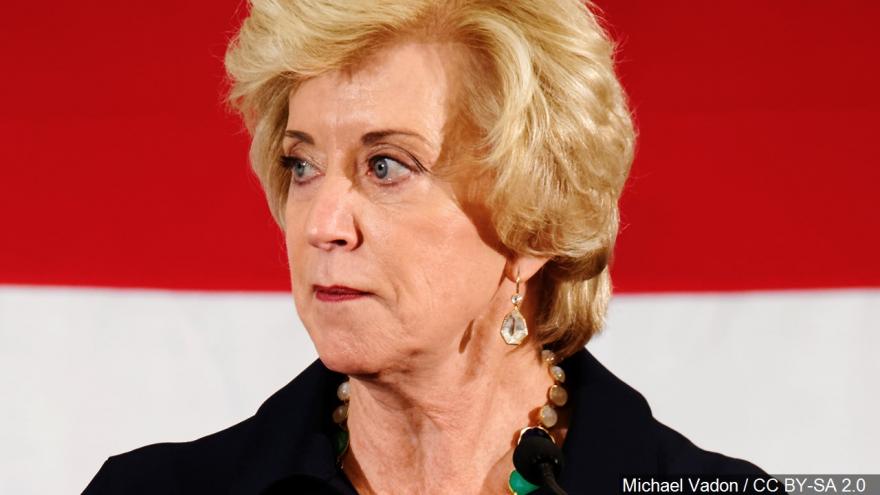 WASHINGTON (AP) — The head of the Small Business Administration, Linda McMahon, is expected to announce that she is stepping down from the role.

That's according to a senior administration official who was not authorized to speak publicly about personnel discussions. McMahon's plans were first reported by Politico.

McMahon was tapped for the job by President Donald Trump in late 2016. Trump and McMahon were expected to address the press from his Palm Beach estate at 4 p.m. Friday.

McMahon is the former president and CEO of the professional wrestling company World Wrestling Entertainment Inc.

She poured $100 million of her fortune into two unsuccessful bids for a U.S. Senate seat in Connecticut in 2010 and 2012.