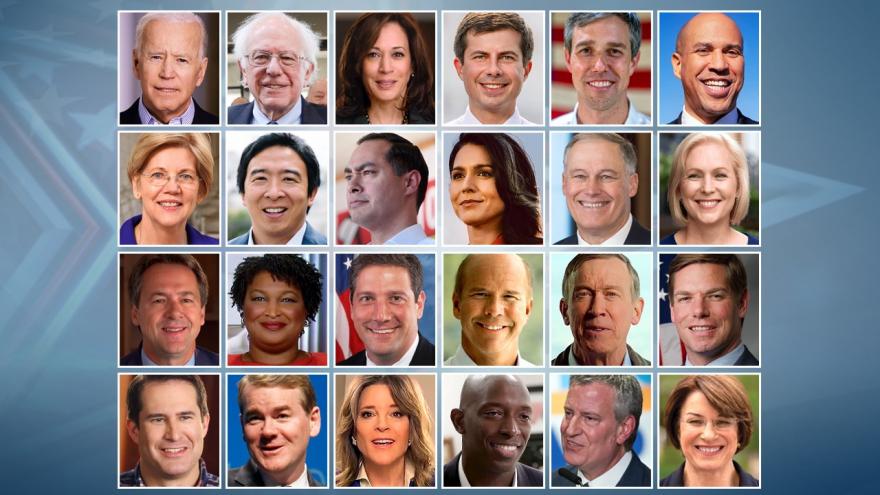 (CNN) -- The Democratic National Committee announced on Thursday which 20 Democratic presidential candidates qualified for the first set of debates, providing clarity to the June match-up that will feature the first high-profile clashes of the party's nominating process.

That leaves three Democrats -- Montana Gov. Steve Bullock, Massachusetts Rep. Seth Moulton and Miramar, Florida, Mayor Wayne Messam, a candidate whose campaign has struggled to gain any traction -- on the outside looking in at the first debates on June 26 and 27 in Miami.

Candidates had until 11 a.m. ET to certify with the DNC that they have either achieved at least 1% support in three polls from an approved list of pollsters or received campaign contributions from 65,000 unique donors, including 200 donors each from 20 different states.

Based on public information, it had been clear for days that Bullock, Moulton and Messam were the three candidates likely to miss the debate stage.

And both Bullock and Moulton's campaigns have been resigned that they will not make the first debate.

"No, I'm not going to make the first debate, but I knew that getting in so late," Moulton told Hugh Hewitt earlier this month.

In an interview with CNN on Sunday, Bullock said he was "disappointed" that he was likely to miss the first DNC debate, but said he is "going to keep doing what I'm doing" whether he makes the stage or not.

"We'll still have plans. We'll be meeting voters and if not on that, we'll be doing the things yet," he said. "But, yeah, I'm disappointed."