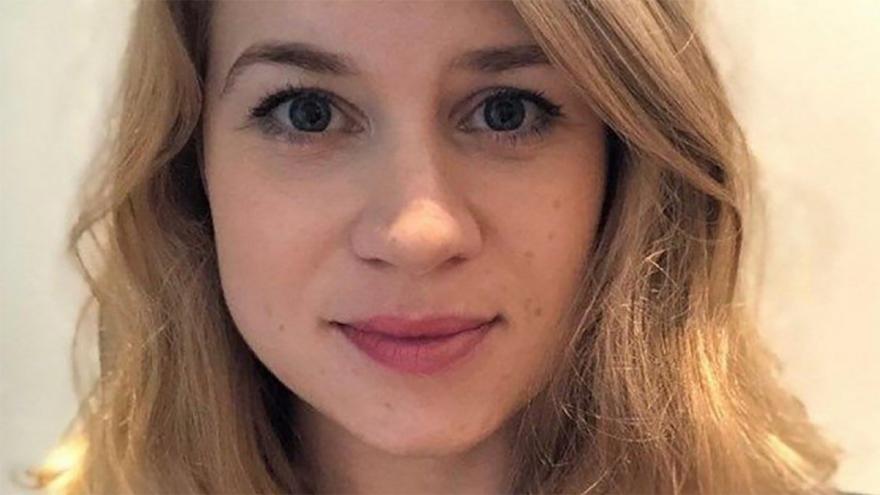 (CNN) -- A Metropolitan Police officer pleaded guilty Friday to murdering marketing executive Sarah Everard, whose disappearance while walking home in London prompted an outpouring across social media from women sharing their own experiences of sexual assault and harassment.

Wayne Couzens, a serving police constable whose "primary role was uniformed patrol duties of diplomatic premises," had pleaded guilty to Everard's kidnap and rape in June.

The Crown Prosecution Service said in a statement that he had now admitted a charge of murder at the Old Bailey court. A sentencing hearing will begin on September 29.

Everard, 33, went missing on March 3 after leaving a friend's house in Clapham, south London, in the early evening. Her body was found on 10 March inside a builder's bag in woodland near Ashford, Kent, more than 50 miles from where she was last seen.

Five members of Everard's family were in the London courtroom as Couzens, 48, appeared by video link from Belmarsh high security prison, according to PA News.

Prosecutor Tom Little told the court that Everard and Couzens had not met before he abducted her from the roadside and "were total strangers to each other," the news agency said.

"His pleas today represents a truly guilty plea and remorse for what he did and, as he put it to us this morning, he will bear the burden for the rest of his life - his words: 'as I deserve,'" Couzens' lawyer Jim Sturman said, according to PA.

"Couzens lied to the police when he was arrested and to date, he has refused to comment. We still do not know what drove him to commit this appalling crime against a stranger," Oakley said.

"Today is not the day for hearing the facts about what happened to Sarah. Today is a day to remember Sarah and our thoughts remain with her family and friends."

Oakley described Couzens' guilty plea as the result of "a great deal of hard work" by the prosecution team. She added that police "should be commended for their thorough and tireless investigation into Sarah's disappearance."

Dick offered an apology for Couzens' actions in a statement outside court.

"My thoughts and those of everyone in the Met Police are with Sarah's loved ones. It is not possible for any of us to begin to imagine what they have been going through. I am so sorry," she said.

"All of us in the Met are sickened, angered and devastated by this man's truly dreadful crimes. Everyone in policing feels betrayed.

"Sarah was a fantastic, talented young women with her whole life ahead of her and that has been snatched away. She was hugely loved and she will be sorely missed by so many people."

Couzens had joined the Met Police in September 2018 and moved to the Parliamentary and Diplomatic Protection Command in February 2020, where his main role was to patrol embassies, a Met Police statement said. A review process found that he had passed vetting processes and that no information had been available then that would have changed this, it said.

Couzens ceased to be paid as a police officer as soon as he entered his previous guilty pleas, the statement added. "This was as soon as legally possible. Internal misconduct procedures are now being progressed."

The Met Police were criticized in March for their heavy-handed response to a vigil held to remember Everard and highlight the issue of women's safety.

Her disappearance prompted thousands of women to share their own experiences of intimidation or harassment while walking alone at night in British cities and around the world.

Many also exchanged notes on the habitual precautions they take to try to stay safe when they walk alone -- and voiced their anger and frustration that this feels necessary.