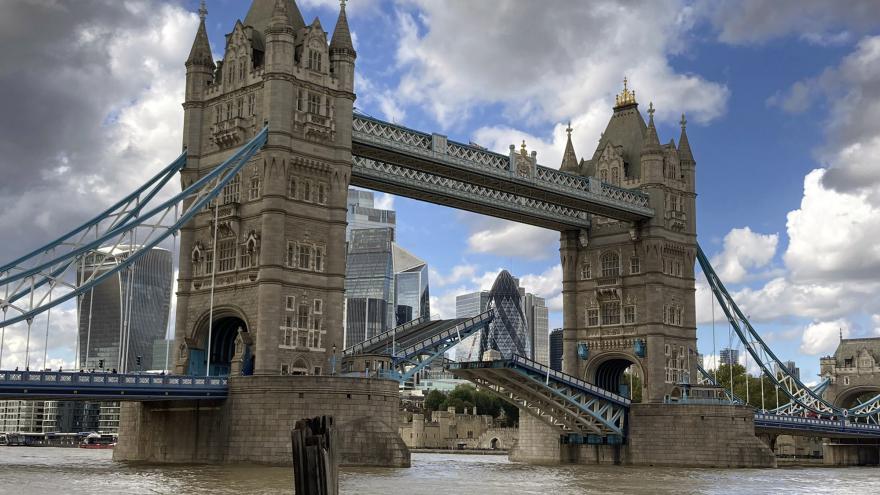 The 240 meter-long bridge, a staple of London's skyline and a popular tourist attraction, features a drawbridge type movable bridge, which lifts around 800 times a year to allow vessels to pass in the river below.

But the landmark, which is near the Tower of London and spans the River Thames, remained "locked in a raised position for a period of time" on Saturday before later reopening to pedestrians, the bridge said in a statement.

Traffic in the capital was "gridlocked" after the bridge failed to close after allowing a ship to pass along the River Thames, the PA Media news agency reported. Queues of motorists and pedestrians waited for at least an hour, while police asked motorists to find alternative routes around the city.

Police said that the mishap was the result of a "mechanical failure."

Spanning the River Thames, the landmark, known as a "bascule" bridge (French for "see-saw"), was completed in 1894. Once powered by steam, the hydraulic bascules have been driven by oil and electricity since 1976.

"The Bridge experienced technical issues this afternoon and was locked in a raised position for a period of time. It has now reopened. Thanks to all those who fixed it," the bridge's Twitter account said.