Long-lost sibling of the Milky Way shredded by cannibal galaxy 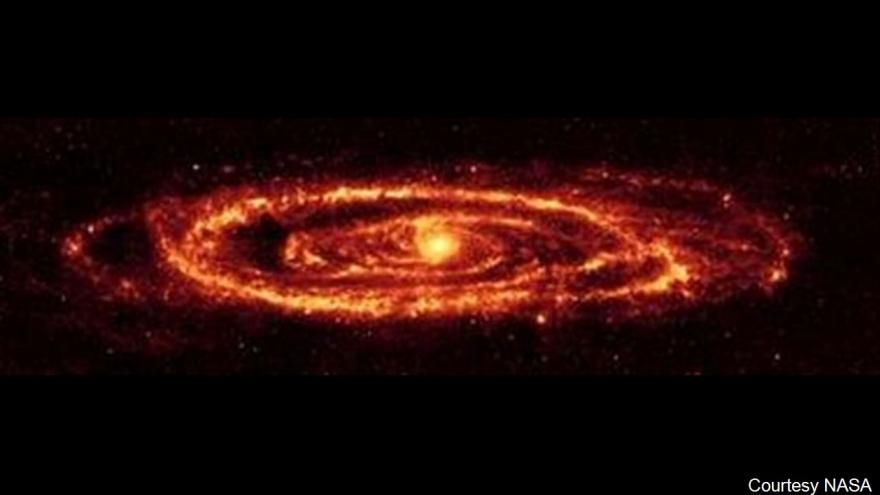 (CNN) -- Two billion years ago, in a galaxy not so far away, our galaxy's sibling, called M32p, was violently shredded and cannibalized. But the galactic crime scene is full of starry evidence leading right to the culprit, according to a new study published Monday in the journal Nature Astronomy.

It turns out the neighbor did it: the Milky Way's closest and largest galactic neighbor, Andromeda. Galaxies are more competitive with each other than friendly. And in order to keep growing, Andromeda had a voracious appetite. Being such a large galaxy, Andromeda was surrounded by smaller galaxies. It's expected to have consumed hundreds of them.

When large galaxies consume smaller ones, it's almost impossible to learn anything about the individual small galaxies. But in the Local Group, a galaxy group comprising the Milky Way and more than 54 other galaxies, M32p would have been the third largest galaxy behind Andromeda and the Milky Way. It was at least 20 times larger than any galaxy that has ever merged with the Milky Way.

Evidence and computer simulations helped researchers to reconstruct the events that led to galaxy M32p's demise 2 billion years ago. If not for this research, we may never have known about the Milky Way's long-lost sibling.

The evidence of the crime includes a ghostly halo of stars larger than Andromeda, followed by a hard-to-find stream of stars, and then the discovery of the uniquely compact galaxy M32 -- what remains of the galaxy M32p.

That nearly invisible halo of stars grabbed the attention of postdoctoral researcher Richard D'Souza and professor Eric Bell at the University of Michigan's department of astronomy. A new computer simulation revealed that the outer faint halo of stars around Andromeda were largely contributed by one large galaxy that had been shredded apart.

It was the equivalent of a muddy footprint to help them unlock the mystery of which galaxy those stars once belonged to.

"Astronomers have been studying the Local Group -- the Milky Way, Andromeda and their companions -- for so long. It was shocking to realize that the Milky Way had a large sibling, and we never knew about it," Bell, co-author of the study, said in a statement.

This led them to Andromeda's small satellite galaxy, M32. "M32 is a weirdo," Bell wrote. "While it looks like a compact example of an old, elliptical galaxy, it actually has lots of young stars. It's one of the most compact galaxies in the universe. There isn't another galaxy like it."

Those young stars are a revealing detail, the researchers said. And they now believe that M32 is the surviving center of M32p. They compared its ability to survive to the pit of a plum after the rest of the fruit is gone.

And earlier this year, a study suggested that the Andromeda galaxy's disk -- comprised of stars, gas and dust -- had thickened and the galaxy experienced a surge of star formation two billion years ago. It was previously believed that collisions and interactions between large galaxies would destroy disks. But Andromeda's disk survived.

Their research is changing the way that galaxy growth and mergers are understood.

"The Andromeda Galaxy, with a spectacular burst of star formation, would have looked so different 2 billion years ago," Bell said in a statement. "When I was at graduate school, I was told that understanding how the Andromeda Galaxy and its satellite galaxy M32 formed would go a long way towards unraveling the mysteries of galaxy formation."