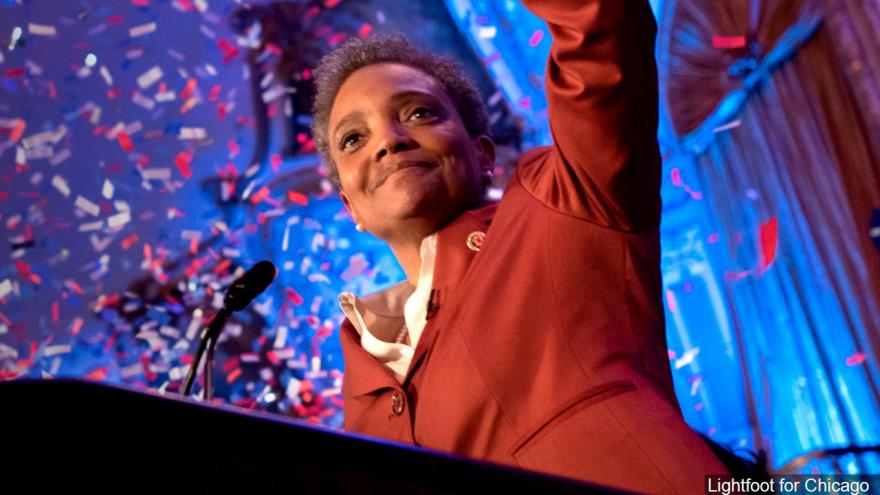 Lightfoot was inaugurated Monday morning at Chicago's Wintrust Arena with her wife and daughter at her side. Illinois Gov. J.B. Pritzker, U.S. Sens. Tammy Duckworth and Dick Durbin, former Chicago Mayor Richard Daley and outgoing Chicago Mayor Rahm Emanuel were among the dignitaries who attended the ceremony.

Lightfoot waved to the crowd after taking the oath and started her remarks calling Chicago "a proud city with a proud history" that she considers a "city of hope."

Lightfoot was elected in an April runoff against Cook County Board President Toni Preckwinkle.

Lightfoot is coming into the Chicago mayor's office pledging to overhaul the city's police force.

She isn't the first incoming mayor to make such a promise, but she may be the one with the best chance of actually getting it done.

One reason is that she'll have a federal judge as an ally after she's sworn in Monday. U.S. District Judge Robert Dow recently approved a court-monitored police reform plan. He has the power to hold reform slackers in contempt.

Even with court backing, Lightfoot faces obstacles to enacting meaningful changes. The police union has been hostile to key provisions of the plan, arguing that many will make it impossible for officers to do their jobs right.