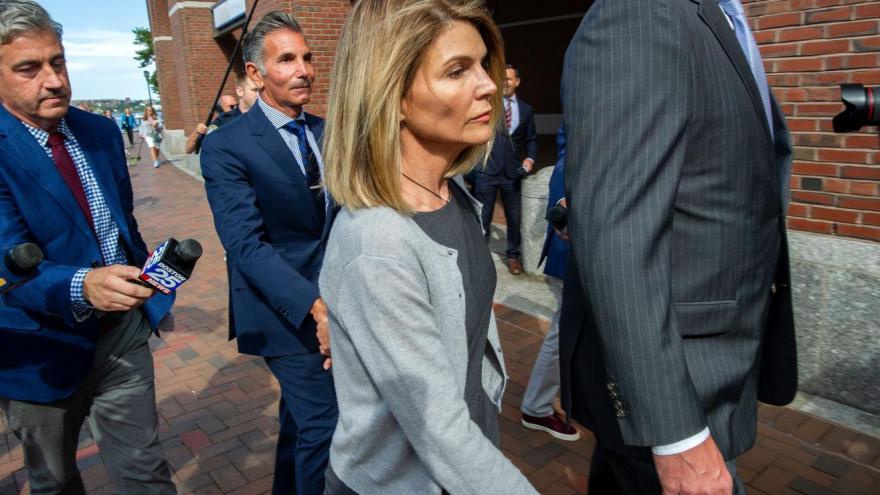 Actress Lori Loughlin has been released from federal prison after serving a two-month sentence for her role in the college admissions scam, prison spokeswoman Sally Swarts said Monday.

(CNN) -- Actress Lori Loughlin has been released from federal prison after serving a two-month sentence for her role in the college admissions scam, prison spokeswoman Sally Swarts said Monday.

Best known for starring as Aunt Becky in "Full House," Loughlin pleaded guilty to a conspiracy charge in May and admitted to paying the scheme's mastermind $500,000 to get her two daughters into the University of Southern California under false pretenses.

She began serving her sentence on October 30 at the Federal Correctional Institution in Dublin, California.

Her husband, fashion designer Mossimo Giannulli, also pleaded guilty to a conspiracy charge as part of a plea deal. He reported to the Federal Correctional Complex in Lompoc, California, on November 19 to serve a five-month sentence.

Loughlin and Giannulli were some of the most famous names wrapped up in the brazen scheme to cheat, bribe and lie in the hyper-competitive college admissions process.

They paid $500,000 as part of a conspiracy with Rick Singer, the scam's mastermind, and a USC athletics official to get their two daughters into the university as recruits on the crew team, even though they did not participate in crew.

Singer referred to his plan as the "side door" of admissions, contrasting it with the "front door" of merit and the "back door" of multimillion dollar donations. He has pleaded guilty to several charges and is cooperating with prosecutors.

Prosecutors charged over 50 parents with participating in the scam, and more than two dozen have pleaded guilty and been sentenced to monthslong prison terms. Actress Felicity Huffman, for example, pleaded guilty to conspiracy for paying $15,000 to Singer to boost her daughter's SAT scores. She ultimately spent 11 days in prison last October.

'I'm ready to face the consequences'

As part of the scheme, Giannulli emailed Singer pictures of his daughters posing on indoor rowing machines, which were then used to create the athletic profiles, the criminal complaint states.

"Good news my daughter ... is in (U)SC... bad is I had to work the system," Giannulli allegedly wrote in an email to his accountant.

Prosecutors also accused Loughlin and Giannulli of advising their younger daughter on how to deal with a high school counselor skeptical of her crew resume.

The daughters are no longer enrolled at USC, the school said last year.

In her virtual sentencing hearing in August, Loughlin apologized for her actions.

"I went along with a plan to give my daughters an unfair advantage in the college admissions process," Loughlin said. "In doing so I ignored my intuition and allowed myself to be swayed from my moral compass. I thought I was acting out of love for my children. But in reality, it only undermined and diminished my daughters' abilities and accomplishments."