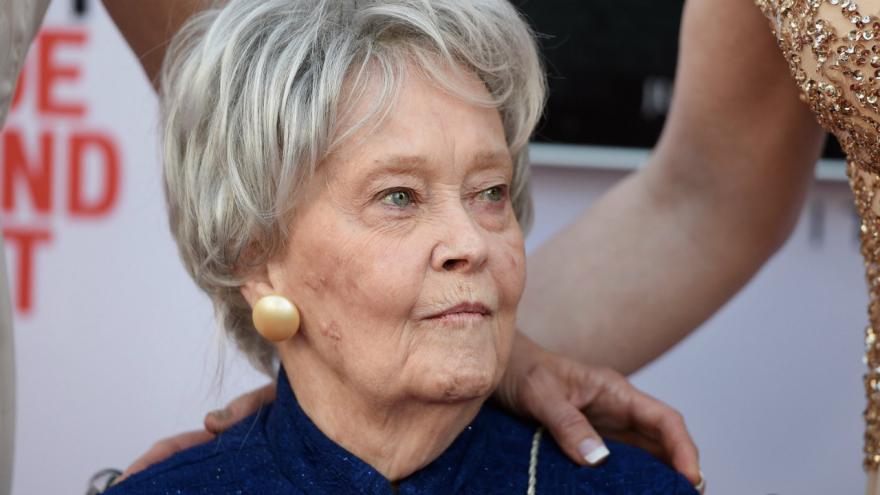 (CNN) -- Lorraine Warren was one of America's most well-known paranormal investigators. She and her husband, Ed, traveled widely researching paranormal and occult phenomena, writing books and lecturing.

She died "peacefully" in her sleep Thursday night, her son-in-law, Tony Spera, wrote on Facebook. Warren was 92.

The New England Society for Psychic Research, which Warren and her husband Ed founded in Connecticut in 1952, announced the news on its Facebook page: "The NESPR team regretfully announces the passing of our loving teacher, mentor, friend, mother, Lorraine."

According to "The Demonologist," a book that details the Warrens' careers, the couple investigated more 3,000 paranormal and supernatural disturbances. The husband and wife team published numerous books about their exploits and inspired a string of Hollywood hits, including "The Amityville Horror," "The Conjuring," and the "Annabelle" movie franchise.

For more than half a century, religious authorities repeatedly called on them during outbreaks of demonic phenomena, including alleged cases of priests being possessed, NESPR's website says.

Screenwriters and directors found their muse in Warren's life work.

"The Amityville Horror," starring Ryan Reynolds and Melissa George, released in 2005, was a remake of the 1979 film of the same name. The Warrens visited the haunted manor in Amityville, New York, in March 1976 with a news crew and a photographer who set up an automatic camera taking infrared photographs. That camera captured an image allegedly of a demonic boy.

Movie buffs might remember the Warrens from the 2013 film "The Conjuring," in which they figure prominently. It depicts disturbing events at a farmhouse in Rhode Island in 1971. The owners of the house called Ed and Lorraine Warren to investigate.

A prequel to the Conjuring films, 2014's "Annabelle," features a possessed doll and fueled two more films. That real-life doll that inspired the movies is on exhibit at the Warrens' Occult Museum, located at their home in Monroe, Connecticut.

In 1977, the Warrens investigated paranormal events at a home in Enfield, outside of of London. Those were depicted in the film "The Conjuring 2" in 2016.

The actress Vera Farmiga played Warren in the Conjuring and Annabelle films, with the latest, "Annabelle Comes Home," set for release this summer.

On Twitter, Farmiga acknowledged Warren's death. "My dear friend Lorraine Warren has passed. From a deep feeling of sorrow, a deep feeling of gratitude emerges," she wrote. "I was so blessed to have known her and am honored to portray her."

On Facebook, Tony Spera, her son-in-law, paid tribute to Lorraine. "She was a remarkable, loving, compassionate and giving soul," he wrote. "To quote Will Rogers, she never met a person she didn't like."

Warren maintained that her faith anchored her in a life spent trying to rescue people from demons.

"The fairy tale is true. The devil exists. God exists," a bio for Warren and her husband on NESPR's site says. "And for us, as people, our very destiny hinges upon which one we elect to follow."