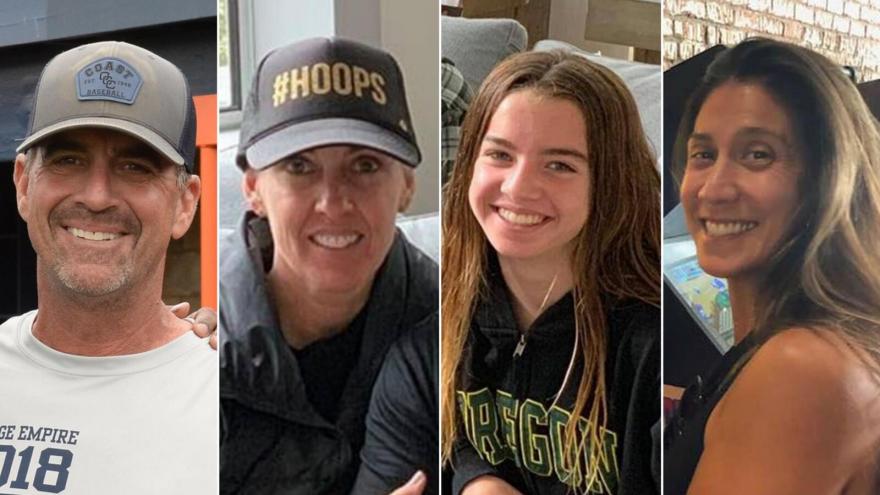 Los Angeles County offers $1.25 million each to the Altobelli and Mauser families whose loved ones died in the Kobe Bryant helicopter crash.

(CNN) -- Two families whose loved ones were killed when a helicopter carrying Kobe Bryant and others crashed on a California hillside have reached a tentative settlement over allegedly leaked photos of the scene.

Lawyers representing Los Angeles County have offered $1.25 million each to the Altobelli and Mauser families.

John Altobelli, 46, his wife Keri, 46, and their daughter, Alyssa, 14, were aboard the helicopter on January 26, 2020, along with Christina Mauser, 38. Their families filed separate federal lawsuits claiming a violation of their rights to control the death images of their loved ones after photos of the crash scene were allegedly leaked and shared by first responders from the sheriff's and fire departments.

The Los Angeles County Board of Supervisors will vote next week to approve the settlements, an effort to "avoid further litigation costs," according to a letter to the board from county counsel. Fees for the cases have cost the county over $1.2 million.

"We believe these proposed settlements of $1.25 million are reasonable and fair to all concerned," said Skip Miller, outside counsel for the county in the case. "We are pleased that the Mauser and Altobelli families, who as private citizens suffered the same grief and loss as others, will be able to move forward after these settlements, which are subject to final approval by the board of supervisors. We also hope that eventually, the other families will be able to do the same."

CNN has requested comment from representatives for the Altobelli and Mauser families.

Kobe Bryant, his 13-year-old daughter, Gianna, and seven others were in the helicopter when it slammed into a cloud-obscured hillside in Calabasas.