Los Angeles deputy who was critically injured in Compton shooting was released from hospital, sheriff says 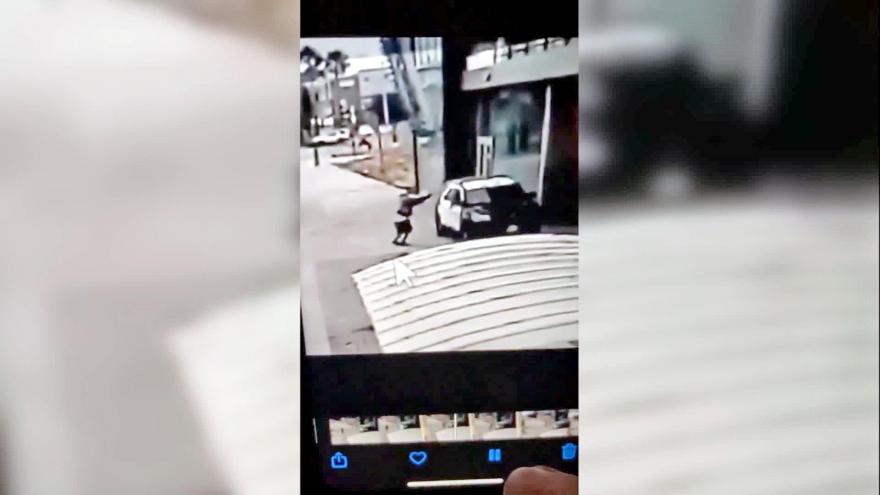 One of the two Los Angeles County Sheriff's deputies attacked by an unknown gunman Saturday has been released from the hospital.

(CNN) -- One of the two Los Angeles County Sheriff's deputies attacked by an unknown gunman Saturday has been released from the hospital.

The 24-year-old deputy was released Wednesday and his 31-year-old partner, who helped save his life, remains hospitalized, Sheriff Alex Villanueva said.

"He has a long road ahead for recovery. But he's not alone. We, as a community, are in this together," the sheriff tweeted.

Earlier on Wednesday, Villanueva said in a community meeting that one of the deputies was improving and had been moved out of the intensive care unit.

"Their prognosis is good, however they have a long road to recovery ahead of them. They are going to face additional surgeries to repair all the damage inflicted, but thankfully they escaped, you know, a life altering injury," Villanueva said, adding that doctors and surgeons have been offering their services to help.

The deputies were sitting in their vehicle in Compton, California, last week when a gunman walked to their car and shot them multiple times, the sheriff's department said.

One of the deputies called for help and applied a tourniquet to her partner while bleeding from a gunshot wound to her face, the sheriff and Los Angeles Undersheriff Tim Murakami said earlier this week.

Footage that appears to be from surveillance cameras shows the incident but detectives have not yet identified a suspect. Detectives "are confident they are on the right track, they're making progress," Villanueva said on Wednesday.

Authorities are offering a reward of up to $300,000 made up of contributions from public funds and several private donors, the sheriff said.

The gunman walked toward the passenger side of the deputies' vehicle, raised a pistol and shot them, Capt. Kent Wegener said.

The sheriff's department tweeted surveillance video of the gunman opening fire and running away.

"This is just a somber reminder that this is a dangerous job, and actions and words have consequences. Our job does not get any easier because people do not like law enforcement," Villanueva said. "It pisses me off. It dismays me at the same time."

Los Angeles Mayor Eric Garcetti has said it was an "absolute miracle" that the deputies survived.

"There is no place in our society for the violence that we saw," Garcetti said. He described county deputies as guardians of one of the city's public transit lines.

Both deputies were sworn in 14 months ago, the sheriff said.