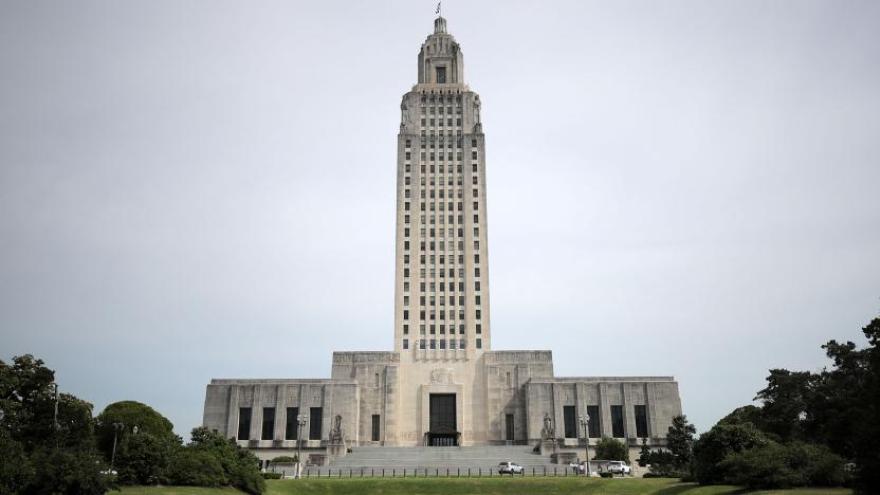 Louisiana banned transgender women and girls from competing on sports teams consistent with their gender at all public and some private elementary and secondary schools and colleges on June 6 after the state's Democratic governor declined to take executive action on the controversial measure.

(CNN) -- Louisiana banned transgender women and girls from competing on sports teams consistent with their gender at all public and some private elementary and secondary schools and colleges on Monday after the state's Democratic governor declined to take executive action on the controversial measure.

Gov. John Bel Edwards' decision not to veto or directly approve SB 44 means that his state's Republican-led legislature succeeded in passing the ban nearly a year after the governor had killed a similar version of the legislation last June, calling it discriminatory. Per state law, the governor needed to take direct action on the legislation before Monday in order to have a say in its fate.

Louisiana now joins a growing list of states that have enacted such bans in recent years, including at least six in 2022 alone. In pushing such measures, conservatives have argued that transgender women and girls have physical advantages ?over cisgender women and girls in sports, though a 2017 report found "no direct or consistent research" on any such advantage.

Edwards said at a news conference on Monday that he remains opposed to the ban but it was clear to him that lawmakers would move to override his veto if he issued another one this year.

Louisiana's law, titled the Fairness in Womens Sports Act, is like many of the other bans passed by Republican-led states this year and in 2021. It requires all public schools and some private schools that receive state funding to designate sports teams based on "biological sex," thus prohibiting trans women and girls from participating on women's athletic teams.

While sex is a category that refers broadly to physiology, a person's gender is an innate sense of identity. The factors that go into determining the sex listed on a birth certificate may include anatomy, genetics and hormones, and there is broad natural variation in each of these categories. For this reason, critics have said the language of "biological sex," as used in this legislation, is overly simplistic and misleading.

The law shields schools, coaches and other school employees enforcing the ban from any legal action and allows cisgender women to take legal action if they claim they were "deprived of an athletic opportunity" because of a violation of the ban.

When Edwards vetoed the ban last year, he said in a statement that "discrimination is not a Louisiana value, and this bill was a solution in search of a problem that simply does not exist in Louisiana." He also pointed to an announcement by the NCAA that the body doesn't support such bans and is closely monitoring them to make sure NCAA championships can be held "in ways that are welcoming and respectful of all participants."

So far this year, other GOP-led states that have enacted such bans include Arizona, Indiana, Iowa, Kentucky, Oklahoma and South Dakota. Last year, Alabama, Arkansas, Florida, Mississippi, Montana, Tennessee, Texas and West Virginia enacted similar sports bans, infuriating LGBTQ advocates, who argue that conservatives are creating an issue where there isn't one.

The Human Rights Campaign, one of the nation's largest LGBTQ rights groups, had urged Edwards to veto SB 44, saying in a statement after the bill cleared the state House last month that the legislation "is a discriminatory attack and further isolates students that are already struggling to live a normal childhood."

"This false narrative that Louisiana politicians are 'defending' women in sports is dangerous and misleading; they have cared about women's sports for exactly as long as they've used it as a reason to attack LGBTQ+ people, and not a second longer," Cathryn Oakley, the group's state legislative director and senior counsel, said in a statement in May.