Louisiana police officer shot dead as she was getting ready for work, chief says 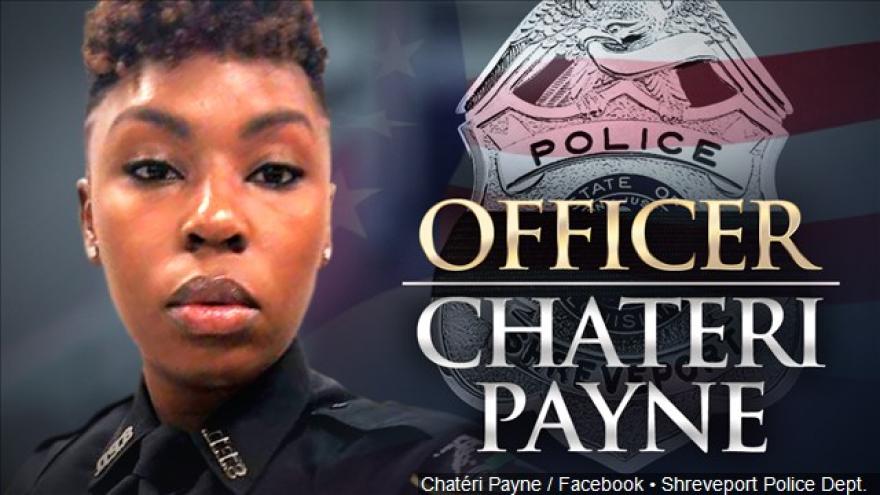 (CNN) -- A newly hired police officer was shot dead in a northwestern Louisiana home as she prepared to start her shift, officials said -- and investigators are trying to find out who killed her.

Shreveport police Officer Chatéri Payne, who'd graduated from a police academy just two months ago, was in uniform and getting ready for work when she was shot on Wednesday evening, police Chief Ben Raymond said.

No one had been arrested in the shooting as of Thursday, and it was too early to know what led to the killing, Raymond said.

"We will follow every lead (to) ... apprehend the coward or cowards" who killed her, Raymond told reporters.

Officers responding to a 911 call found Payne wounded at the Shreveport home at about 8:20 p.m. CT, officials said.

She was rushed to a hospital, where she died within hours, Raymond said.

A witness at the home initially was detained for questioning, police said. But Raymond said that no one was in custody as of Thursday morning.

A child was also at the home, but it's unclear whether the child witnessed anything, the chief said. Raymond said he didn't know whose home it was.

'This was the job that she was meant to do'

Payne was hired in July as an academy cadet and graduated in November.

"I handed her diploma to her and shook her hand. ... I saw firsthand the excitement in her eyes as she embarked on their chosen career to serve others."

The department is mourning, with many of her academy classmates taking her death particularly hard, he said.

"Although I did not know her well, she was a very professional officer," Raymond said. "She was intelligent, her classmates spoke highly of her.

"This was the job that she was meant to do. She enjoyed serving."

"This is a tragic loss not only for the Shreveport community, but for all of us who rely on police officers to keep us safe," Edwards' tweet reads.