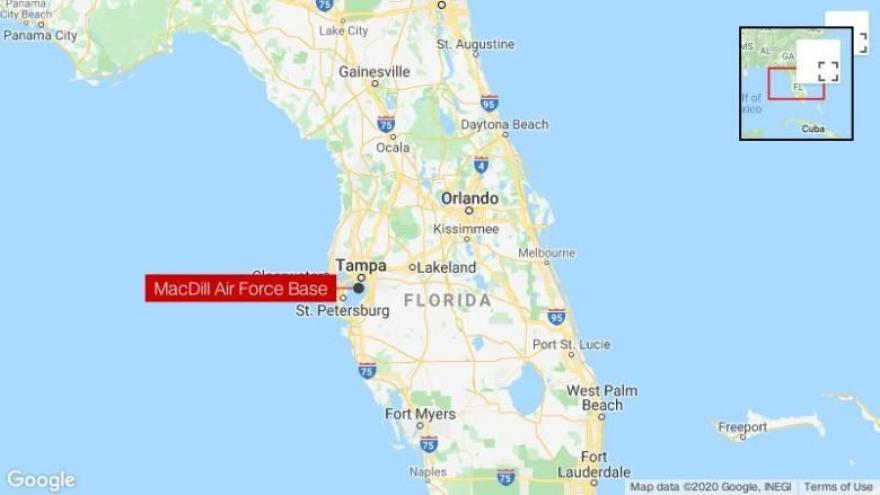 Florida\'s MacDill Air Force Base is under lockdown after reports of an active shooter on the base, an US Special Operations Command spokesman said. Source: CNN
Originally Published: 10 JAN 20 07:46 ET
By Chuck Johnston and Jason Hanna, CNN

(CNN) -- Florida's MacDill Air Force Base was briefly locked down Friday morning over concerns about an armed person outside it, officials said.

The base just south of Tampa was locked down around 7 a.m. ET after police reported that an armed and dangerous suspect was near the Tanker Way gate, base spokesman Terry Montrose said.

By 8 a.m., the lockdown was lifted and all of the base's gates except for the one at Tanker Way were opened, base officials said.

"There were no shots fired on MacDill and no injuries to MacDill employees," Montrose said.

Earlier, US Special Operations Command spokesman Phillip Chitty said the lockdown came amid reports of a shooter and that commands on base were told it wasn't a drill.