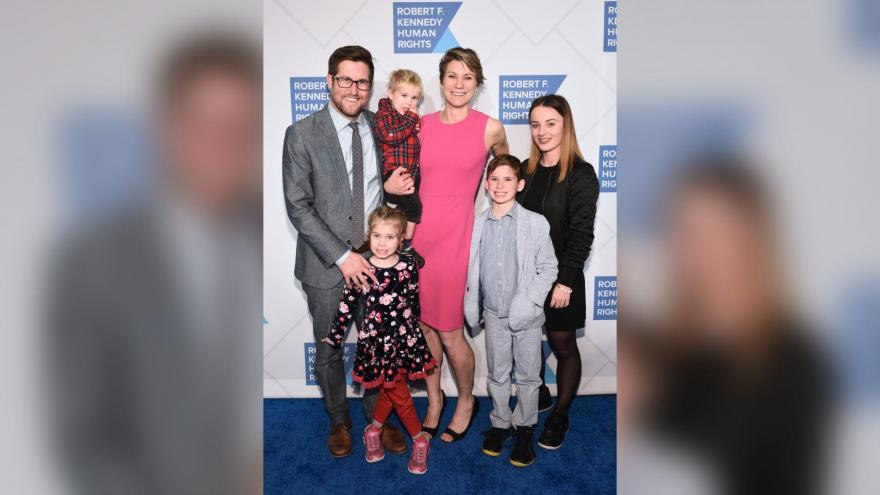 The body of Maeve Kennedy Townsend McKean has been found by divers, police said.

(CNN) -- The body of Maeve Kennedy Townsend McKean has been found by divers, police said.

Members of a dive and rescue team found the body in 25 feet of water, about 2.5 miles from her mother's residence, around 5:31 p.m. Monday, the Maryland Natural Resources Police said in a statement.

The family was self-quarantining at her mother's home on the Chesapeake Bay, when Maeve and Gideon were playing kickball and one of them kicked the ball into the water, according to McKean's husband, David McKean.

"They got into a canoe, intending simply to retrieve the ball, and somehow got pushed by wind or tide into the open bay," he wrote in a heartbreaking post on Facebook.

The canoe "appeared to be overtaken by the strong winds," police said last week. The pair were also battling heavy seas, and the conditions were such "that the pair were unable to paddle back to shore."

The overturned canoe was found about 7 p.m. that evening, police said.

A search for McKean and her son was called off 26 hours after they went missing, according to the Coast Guard.

McKean was the granddaughter of former US Attorney General and US Sen. Robert F. Kennedy.

She was a public health and human rights lawyer and served as the executive director of the Georgetown University Global Health Initiative.

"(B)eing in her presence somehow allowed you to be a better version of yourself," her husband wrote. "She was the brightest light I have ever known."