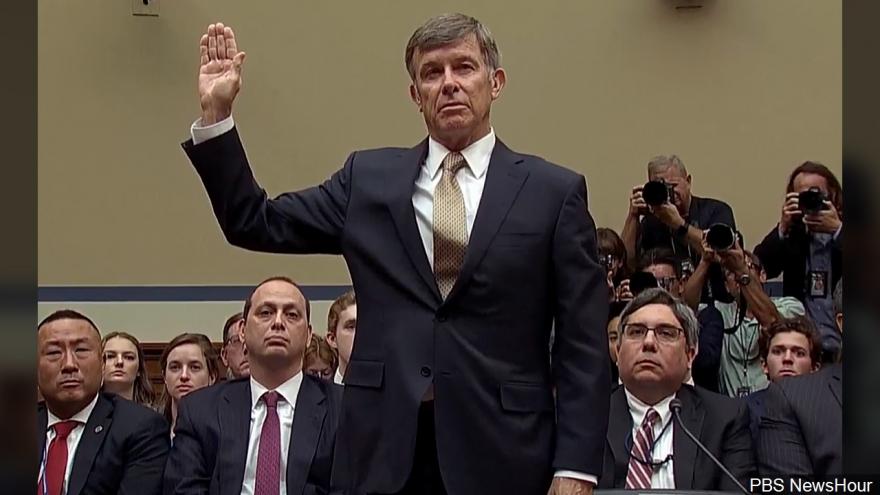 WASHINGTON (AP) — The acting director of national intelligence says a whistleblower "did the right thing" by coming forward to report concerns over the White House's handling of a call between President Donald Trump and Ukraine's leader.

Joseph Maguire told the House intelligence committee at a hearing on Thursday the whistleblower followed the law "every step of the way." Maguire says the situation is unique and unprecedented.

Maguire says he could not legally release the complaint because of executive privilege, which he says is a privilege he "did not have the authority to waive."

The complaint details a call between Trump and Ukraine's president in which Trump pressures the leader to investigate political rival Joe Biden and efforts the whistleblower says by the White House to suppress the transcript.

Trump has denied doing anything wrong.

Maguire says he upheld his "responsibility to follow the law every step of the way" as he reviewed an intelligence community whistleblower's complaint detailing President Donald Trump's interactions with the president of Ukraine.

Press secretary Stephanie Grisham argues the complaint "is nothing more than a collection of third-hand accounts of events and cobbled-together press clippings."

Grisham adds that Trump released a rough transcript of his call with Ukranian President Volodymyr Zelenskiy on Wednesday "because he has nothing to hide."

House Democrats who have read the document say it's "deeply disturbing."

Grisham says, "The White House will continue to push back on the hysteria and false narratives being peddled by Democrats and many in the main stream media."