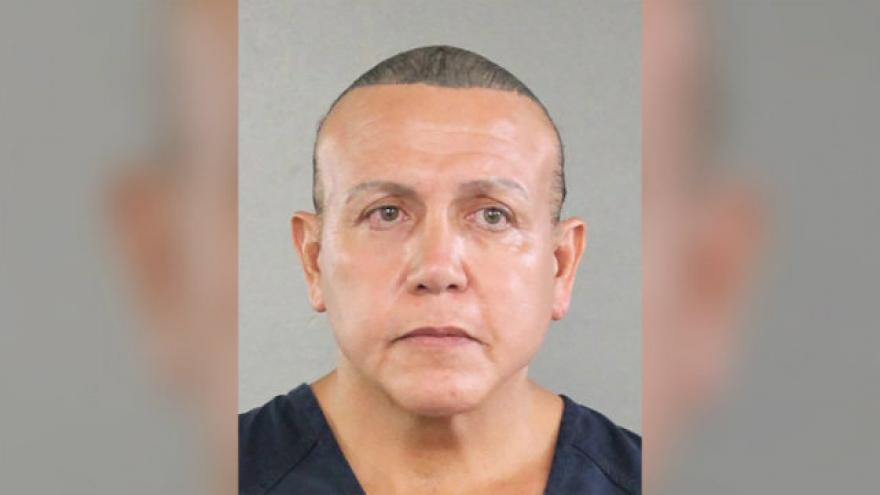 Cesar Sayoc, 57, admitted in court to having mailed 16 explosive devices to a variety of officials -- primarily Democrats, including former Presidents Barack Obama and Bill Clinton and Sens. Cory Booker and Kamala Harris; and major Democratic donors, including George Soros and Tom Steyer -- and to CNN's offices in October 2018.

None of the devices detonated and no one was injured. After a four-day nationwide hunt, FBI agents found and arrested Sayoc in Plantation, Florida.

In addition to 16 counts of the use of weapons of mass destruction, Sayoc pleaded guilty to the interstate transport of explosives, the illegal mailing of explosives with the intent to kill or injure and the carrying of explosives during the commission of a felony, among other crimes.

He faces a maximum sentence of life imprisonment and is set to be sentenced on September 12.

"I sent all 16 devices with the intent to threaten or intimidate," Sayoc said in court.

"I know these actions were wrong," he added, sobbing.

Sayoc initially indicated in court that although he packed the devices with fertilizer and powder from fireworks, he intended them only to look like pipe bombs, not to detonate.

But at prosecutors' urging, US District Court Judge Jed Rakoff pressed him on whether he intended for them to cause physical harm.

"Did you intend that they would, in fact, explode?" the judge said.

"What would prevent, for example, powder from fireworks from exploding?" the judge asked.

After a moment, Sayoc said, "Sir, I was aware of the risk that it would explode."

Sayoc was initially indicted on 30 federal charges in November, including several counts of use of a weapon of mass destruction, interstate transportation of explosives and the use and carrying of a destructive device in furtherance of a violent crime.

Those counts carried a minimum penalty of life imprisonment. Sayoc had pleaded not guilty to those charges. He was expected to go to trial in July.

Sayoc, of Aventura, Florida, is a bodybuilder who worked as a dancer for several years and most recently as a pizza delivery driver.

He apparently lived in a white van plastered with stickers and posters that praised President Donald Trump and criticized Democrats and media figures, including some of the people who were targets of the bombs.