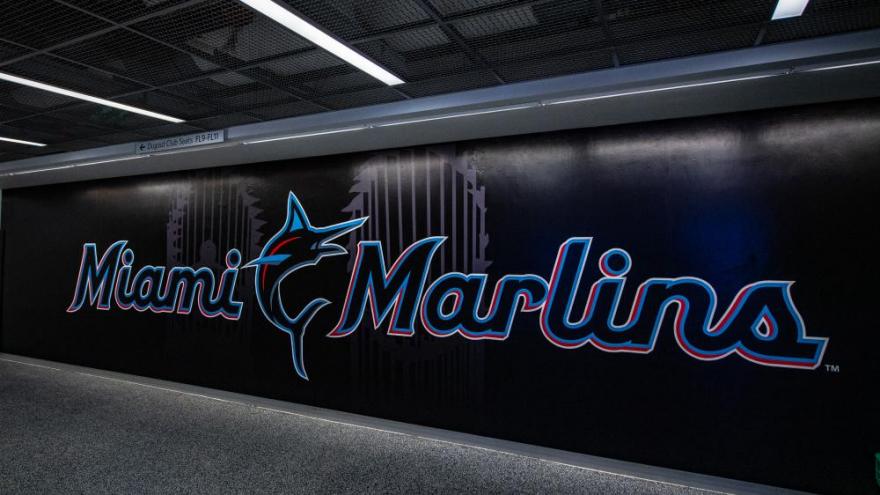 Eleven Marlins players and two coaches have tested positive for the coronavirus, according to ESPN. The team did not travel back to Miami on July 26, 2020 after a three-game series in Philadelphia, but stayed overnight for more testing.

The MLB team manager, who underwent a heart procedure last year, told reporters on Monday that his "level of concern went from about an 8 to a 12" after several Miami Marlins players tested positive for Covid-19.

"I wash my hands -- I went from 47 times a day to probably 99 times a day," he said during a press conference. "Wear my mask everywhere I go. But there's always that concern. You don't know -- right now you don't know, because of my heart condition, what happens to me if I do get it."

His concerns come as Major League Baseball is just beginning its postponed season, one that is spectator-free and chock full of new non-traditional rules -- including the banning of spitting of any kind -- to avoid spreading the virus.

But so far, the MLB's efforts to keep players, coaches and other team members safe from the pandemic have proven to be challenging.

The return of sports couldn't have come at a worse time, as cases in the United States continue to rise, with more than 4 million confirmed cases as of Monday afternoon, according to Johns Hopkins University data.

And now, there's an outbreak within baseball -- and, some games, as a result, have been canceled.

Eleven Marlins players and two coaches have tested positive for the coronavirus, according to ESPN. The team did not travel back to Miami Sunday after a three-game series in Philadelphia, but stayed overnight for more testing.

Chicago White Sox manager Ricky Renteria is being tested for the virus after he woke up Monday "with a slight cough and nasal congestion," general manager Rick Hahn said. Renteria wouldn't be managing the teams game Monday evening against Cleveland, Hahn said.

"Out of an abundance of caution, Ricky will remain at the team hotel and not manage until we receive confirmation of today's test result," Hahn said in a statement.

Both the Marlins' Monday and Tuesday games were canceled, as was the New York Yankees Monday game at the Philadelphia Phillies, because of the spate of Covid-19 cases among Marlins players and staff.

"We're doing some additional testing," league commissioner Rob Manfred said in an interview on MLB Network. "If the testing results are acceptable, the Marlins will resume play in Baltimore on Wednesday against the Orioles."

While the cancellations raised questions about the games going forward, Manfred didn't talk about the prospect of canceling the rest of the 60-game regular season during a scheduled conference call with the league's 30 team owners Monday, a source with knowledge of the call told CNN.

Dr. Anthony Fauci, the country's top infectious disease expert, said he's hopeful the Covid-19 cases won't put a damper on the whole season, but it's "one of the things that could really put a halt in the progression of where you're going through the season."

"Hopefully, they'll be able to continue and hopefully this is an outlier ... (and) a number of players and personnel are not infected," Fauci, who threw the opening pitch at the Nationals first game of the season last week, told CNN's Wolf Blitzer.

"So, we'll just have to see how this plays out."