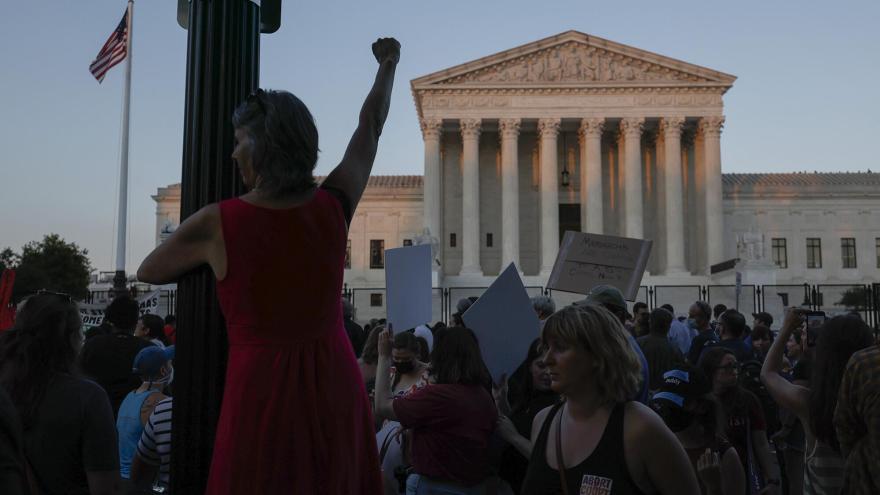 Abortion-rights activists attend a rally after the announcement to the Dobbs v. Jackson Women's Health Organization ruling in front of the US Supreme Court on June 24, in Washington, DC.

(CNN) -- Most Americans disapprove of the Supreme Court's decision to overturn Roe vs. Wade, according to a CBS News/YouGov poll conducted Friday and Saturday in the immediate wake of the ruling.

A 59% majority of US adults disapprove, with 41% approving. About half (52%) call the decision a step backward for America, with 31% calling it a step forward and 17% saying it's neither.

Among women, two-thirds (67%) disapprove of the ruling, with just 33% approving. A 56% majority of women say that the decision will make the lives of most American women worse.

A 58% majority of Americans say they'd favor a federal law making abortion legal nationwide, while 42% would oppose this. And 64% say they'd like abortion in their states to be legal in most or all cases.

The CBS News/YouGov poll surveyed a nationally representative sample of 1,591 adults on June 24-25 after the Supreme Court decision was released. While this is a relatively short field period for a poll, the results provide an initial look at public reaction. The margin of sampling error for the poll is ±3.0 points.