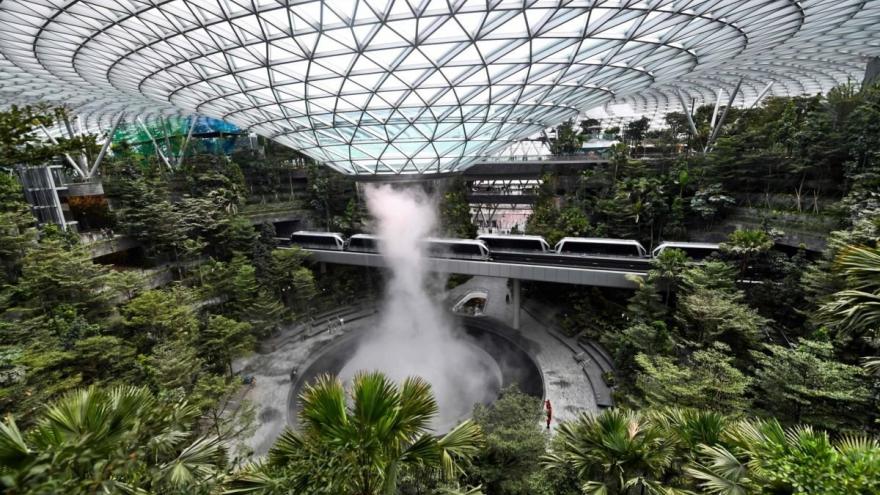 But some travelers are taking a little too much of a shine to it.

The Singapore Police Force has issued a warning to residents not to "misuse" their boarding passes after a man was arrested for buying a ticket to walk his wife to the gate.

The misuse of boarding passes is an offense in Singapore, where transit areas are considered "protected places."

Anyone accessing the gate-side areas at Changi without intending to fly can be prosecuted under Singapore's Infrastructure Protection Act and fined up to S$20,000 (US$14,300) or imprisoned for up to two years. Thirty three people have been arrested under the legislation in the first eight months of 2019.

Police said the 27-year-old bought a ticket purely to walk his wife to the gate and had "no intention to depart Singapore."

In a Facebook post they added that "passengers who enter the transit areas with a boarding pass should only be there for the purpose of traveling to their next destination."

If the idea that anyone would actively want to spend time in an airport sounds odd, you haven't flown through Singapore.

When Changi's new Jewel terminal opened in April, it made headlines around the globe for its 40-meter waterfall (the world's largest indoor one), a 14,000-square-meter Canopy Park, complete with a suspension bridge, topiary and mazes, and one of Asia's largest indoor gardens with 3,000 trees and 60,000 shrubs.

Overstaying your welcome in the terminal is a thing, here.

In 2016, a Malaysian man was jailed after he spent 18 days in Changi, forging boarding passes to gain entry to nine airport lounges. Shortly afterward, a couple was arrested for booking flexible tickets to gain access to the Changi shopping mall, where they bought an iPhone 7.

Other passengers have been known to book refundable tickets which they cancel before the flight takes off, having enjoyed the airport.